Four terrorists dead as Rangers speed up operation in Karachi 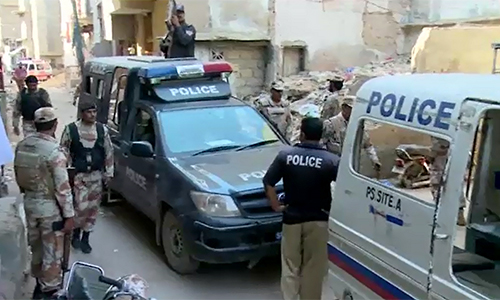 Four terrorists dead as Rangers speed up operation in Karachi

KARACHI (92 News) – Four terrorists were killed in an exchange of fire with the Rangers on Saturday. The Rangers have expedited their activities in different areas of the city, arresting over 37 criminals belonging to banned and political parties. They also destroyed the hideouts of criminals and addicts. They also announced stern action against people receiving extortion in the name of forced donation.