According to the Inter-Service Public Relation (ISPR), General Bilal Akbar visited the Nekrun and Shahkot Sectors at LoC. He reviewed operational readiness of the deployed troops at forward locations. 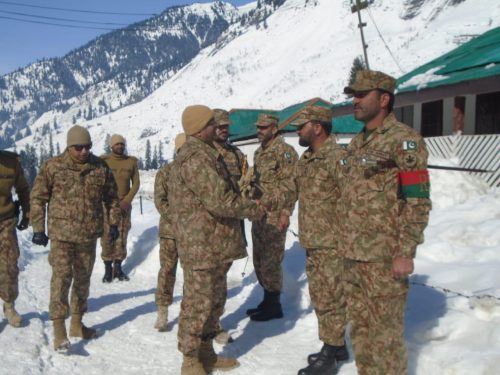 During his visit, Lt Gen Bilal Akbar lauded officers and men for their vigilance, readiness and high morale to respond to any misadventure from across.

The commander lauded officers and men for their vigilance, alertness and high morale.

He said that tribal districts would be brought at par with other developed areas of the country and added that they would be given equal rights.

It was the first direct interaction of the media with local people, who while standing in Miranshah Bazar, talked to reporters about improved peace situation and administrative issues in the area.

They lauded Pakistan Army for its efforts in restoring peace and development. The media representatives appreciated security forces for undertaking the difficult task of fencing country’s border with Afghanistan.