KARACHI (92 News) – Chief of the Naval Staff Admiral Muhammad Zakaullah has said that Pakistan’s desire for peace must not be construed as a sign of weakness and they are fully geared to give a befitting response to any misadventure.

He was addressing the commissioning parade and at Pakistan Naval Academy on Saturday.

CNS Admiral Muhammad Zakaullah said: “In the current security scenario, certain elements that are mostly abetted externally are at play to disrupt our peace and harmony. There is a consensus at the national level to cleanse Pakistan of the scourge of terrorism once and for all. Pakistan armed forces are at the cutting-edge of this resolve. A resolve that is evident from our actions and results achieved.” 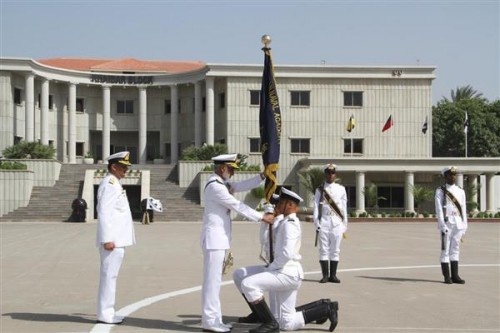 The Naval Chief also dilated upon the efforts of Pakistan Navy to curb maritime related terrorist activities at international level and highlighted that Pakistan Navy is engaged with the international community and is contributing more than its fair share against the nefarious elements contriving to disrupt peace and stability in our region. “In this regard, Pakistan Navy’s participation in Combined Task Forces 150 & 151 operations is a manifestation of our earnest endeavors to eradicate unscrupulous elements and complement counter-terrorism and security efforts in our region. We are also preparing to the utmost to ensure security of our CPEC.” 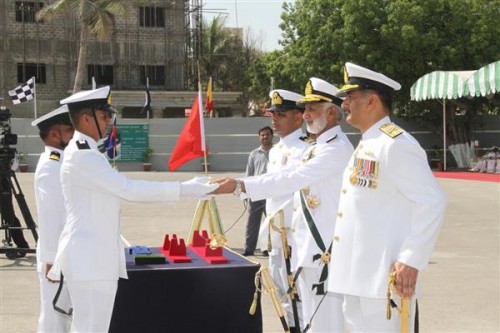 Congratulating and extending felicitations on achieving this milestone, the Naval Chief advised the passing out midshipmen and cadets to remain abreast with the latest developments, both in technological domain as well as evolving doctrinal concepts.

He emphasized: “You will lead highly trained and motivated personnel. Your conduct and professionalism will be observed and emulated by them. You are, therefore, expected to blend the traits of professional acumen, loyalty, courage and character in your personality.”

Earlier in his welcome address, Commandant Pakistan Naval Academy highlighted the salient features of the officers training. He apprised the audience that the commissioning term comprises of 105 Midshipmen, including 45 from Pakistan and 60 from brotherly countries Saudi Arabia, Bahrain and Libya. He added that 26 cadets from Short Service Commission Officers batch are also being passed out today. The commandant highlighted that cadets from Bahrain, Jordan, Libya, Maldives, Palestine, Qatar, Saudi Arabia, Sri Lanka, Turkmenistan and Yemen are also undergoing training at Pakistan Naval Academy. 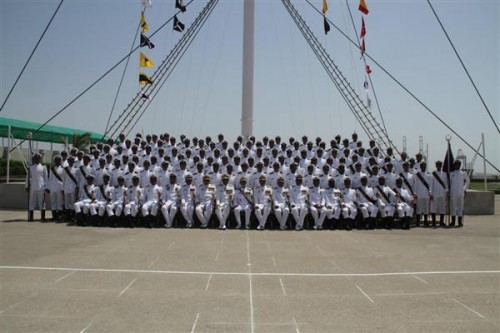 The ceremony was attended by a large number of senior military officers, Ambassadors and defence attaches of various countries, civil dignitaries and parents of passing out midshipmen and cadets.

Upon his arrival, the chief guest was received by Commander Karachi Rear Admiral Farrokh Ahmad HI(M).