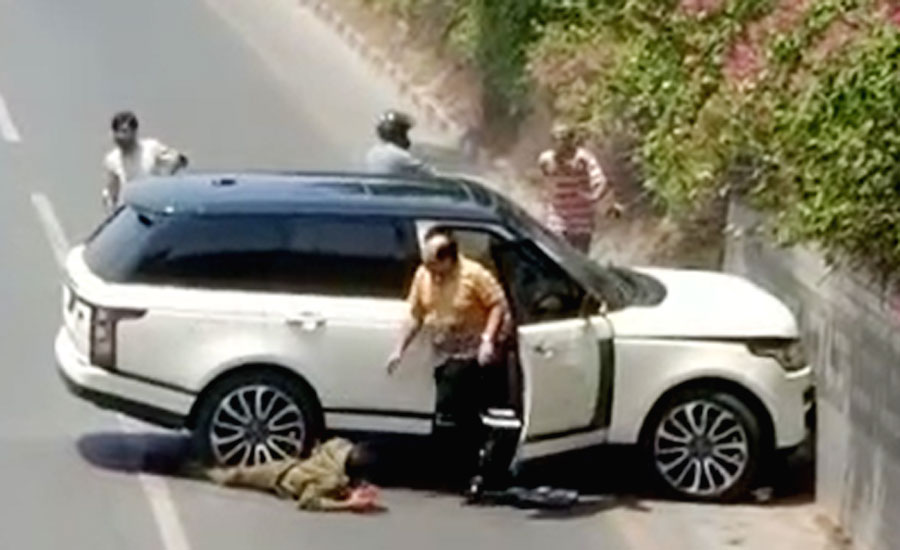 LAHORE (92 News) - A real story of 'spoiled rich kid', who crushed motorcyclist on Canal Road, has been revealed after a day.

According to the details garnered, a case of crushing a motorcyclist under speeding luxury jeep on Canal Road has been registered, attempted murder, kidnapping and other provisions in the Civil Line police station on the complaint of Constable Munawar Khan. CCTV footage of the incident, which video circulating on the social media and became the trend on twitter, has also been surfaced.

According to the FIR, the accused named Hamza Javed kept on demanding a room in a private hotel by becoming an officer of an intelligence agency. The accused also exchanged harsh words with the hotel manager. On which, the management called "15" (Emergency Police Helpline) and called the police.

Two officers reached the hotel and arrested Hamza Javed. While taking the accused along with his vehicle to the police station, he drove away.

The FIR stated that the accused threatened the officer sitting next to him and also tried to kidnap him. Another officer chased the vehicle and tried to stop it, but Hamza Javed crushed him under the vehicle.

Three people, including a policeman, were injured, after which the accused ran away and the vehicle caught fire despite the motorcycle being stuck under the luxury jeep.

Earlier a day, a speeding luxury jeep injured three people including a policeman before catching fire and being reduced to ashes near Barket Market neighbourhood in Lahore.

Videos and unverified reports circulating on social media suggest the driver was under the influence of alcohol.

A video showed the motorcyclist got stuck under the rear wheels of the vehicle and passersby were attempting to extricate him.

The suspect, however, managed to escape the scene with the motorcycle stuck. The vehicle eventually caught fire near Barkat Market.

Rescue 1122 squad reached the scene and controlled the fire.