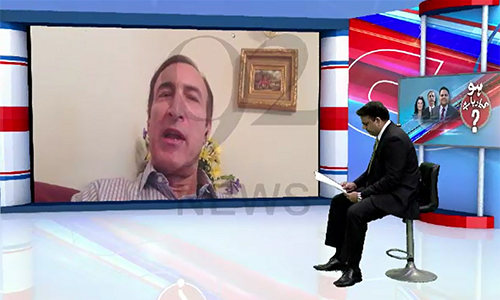 LAHORE (92 News) – Ijaz Rahman, former husband of Reham Khan, has said that Reham Khan herself is black magic. In 92 News Program ‘Ho Kaya Raha Hay’, he said that Reham Khan continued to make his life a hell like Imran Khan. “I managed to get rid of her with a great difficulty,” he added. Ijaz Rahman said that not only her second divorce but also her first one was an outcome of the black magic. “She herself, not something else, is black magic.” he said. Contradicting reports about Reham again contacting him, he said that he got rid of her with a great difficulty and now he did not even want to look at her. He also termed the allegations of torture from Reham as baseless and ridiculous. In the light of his 15-year experience with Reham Khan, Ijaz Rahman said that Reham is an egotist and a greedy woman. “She is found of pomp and show. She is also in habit of getting gifts and telling the price of cheap things as costly ones. Now Pakistanis too are familiar with her habit,” he said. Ijaz Rahman said that Reham Khan went out of control at any time. “She is also in habit of calling names and quarrelling, while several journalists also know it,” he said.