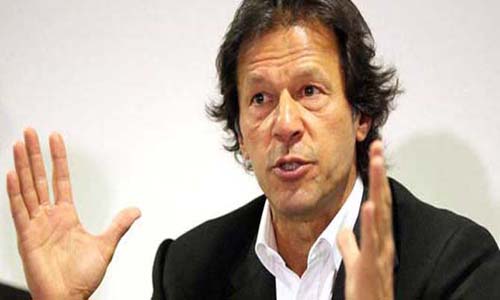 ISLAMABAD (92 News) – Pakistan Tehreek-e-Insaf chairman Imran Khan has on Tuesday said he was appalled by attacks on Reham Khan after losing NA-19 Haripur by-elections, adding that she only went to campaign on insistence of the candidate. The Pakistan Tehreek-e-Insaf workers declared Reham Khan responsible for the defeat of PTI candidate Raja Amir Zaman at the hands of Pakistan Muslim League-Nawaz candidate Babar Nawaz Khan. The workers said in their social media messages that Reham Khan should not attend party’s political gathering. The PTI chairman reacted angrily to the workers’ reaction and said that Reham Khan will not hold party position, position in KPK and nor she will be given any official protocol. Khan said in its tweet that Reham only attended PTI function at the constant insistence of PTI members, especially the women.