The agitated protesters said that they are being deprived off their houses and not even being paid, while a woman whose husband died of cardiac arrest today when he couldn’t see his house is being demolished.

Huge contingent of police along with Superintendent of Police (SP) Iqbal Town and LDA officials reached the spot and assured the protesters of fulfilling their demands after which the residents ended their protest. 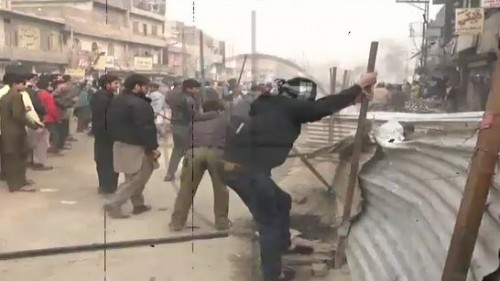