Retailers give shoppers new reasons to use mobile phones in stores 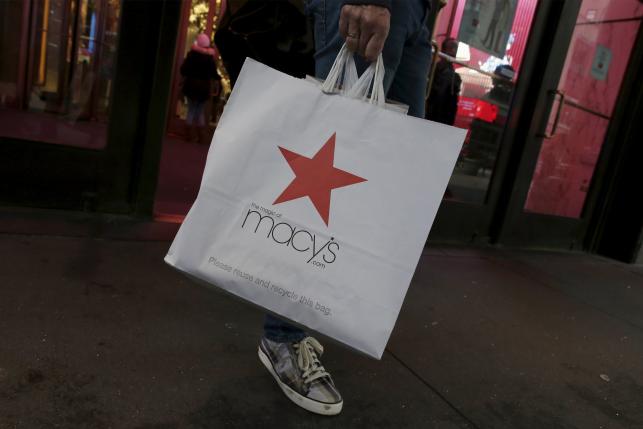 Retailers give shoppers new reasons to use mobile phones in stores

NEW YORK - At some Macy's outlets this holiday season, shoppers who download the retailer’s app will be able to use their smart phones to guide them through the store to products they’re seeking. At JCPenney, customers will be able to take a snapshot of, for example, boots worn by a person passing by and quickly find out if the store has similar ones in stock. And Staples is testing an app that will allow sales clerks to let customers know how the store’s prices match up against Amazon and other rivals. Hoping to claw back market share from online rivals - and tired of watching customers use their phones to find better deals than those offered in stores - brick and mortar retailers are trying to give shoppers different reasons to use their phones while doing holiday shopping. The new apps will allow customers to easily order out-of-stock items for home delivery, to check store prices and even to summon a clerk. But the retailers’ efforts will face two significant challenges in the looming holiday season: getting customers to embrace the new technology, which is still sometimes glitchy and dependent on in-store systems, and getting them to trust that stores can match the Web’s prices and convenience. Retail purchases by mobile phone have increased by 34 percent in the last year, according to IBM, which estimates that more than 40 percent of the online traffic and about 20 percent of sales this Thanksgiving weekend will come from smart phones. A Reuters/Ipsos poll of more than 3,000 respondents this month found that about half of those surveyed said they would use their mobile phones while shopping in stores this holiday season, for such things as making price comparisons, taking photos or researching products. Last year, only about 42% of respondents said they would use their phones while shopping. Companies that don’t make mobile work are playing a "very dangerous" game, said Jay Henderson, head of IBM’s cloud-based marketing platform. "Retailers that can’t deliver a more personalized experience on mobile devices will start losing customers to businesses that can," he said. In addition to its pilot program guiding customers to products within stores, and a photo program similar to JCPenney's, Macy's has taken inspiration from dating app Tinder, recommending products to customers online who swipe one way to like an item and the other to reject it. JCPenney's app can be used to scan barcodes to pull up product information or order out of stock items, and it saves digital coupons - two increasingly common offerings in retailer apps. “We look at using phones in stores as an enhancement to shopping,” said Kate Coultas, a representative with JCPenney which is heavily focused on mobile this year. SERVICE WITH A TAP Stores are trying to make customer service easier, too. Best Buy's app now lets shoppers call, text or email a representative while in stores. Target Corp is testing an in-store "digital service ambassador" in 25 Los Angeles stores to help customers use Target apps. Ulta Beauty is testing an app that will allow clerks to access customer information and point them to products they might like. Faisal Masud, executive vice president of global e-commerce at Staples, said his company knows that it must satisfy the desires of its customers to find low prices. The company, like many others, will match online and in-store prices of competitors, including Amazon, Best Buy and Office Depot. Customers “have a phone that is basically a super computer, and they will find it somewhere else” for less if they can, he said. Companies offering web apps and in-store technologies will also have to grapple with keeping the new apps and systems working and up to date. That means ensuring that WiFi in stores works, and that terminals function. Recent visits to a Staples store in New York City found that a kiosk set up to allow people to order online wasn’t functioning, and at a JCPenney store in the city, the Wifi didn’t work. Both companies said the problems encountered were unusual and that they have backup systems in place. "Poorly executed plans can be worse than no mobile strategy at all," said Perry Kramer, vice president at Boston Retail Partners. "The dangers are losing those customers for the rest of the year or for a long time." -Reuters