Revoking IWT to be consider an act of war against Pakistan: Sartaj Aziz 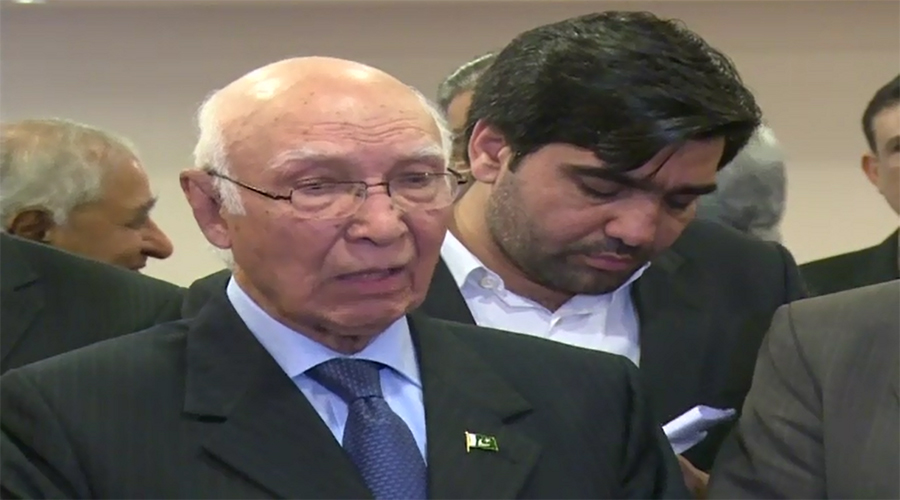 Revoking IWT to be consider an act of war against Pakistan: Sartaj Aziz

ISLAMABAD (92 News) – Adviser to Prime Minister on Foreign Affairs Sartaj Aziz has on Tuesday said that India cannot unilaterally terminate the Indus Water Treaty (IWT) and if cancelled the agreement, it would be considered an act of war against Pakistan. Giving policy statement in the National Assembly on Tuesday, he said that he said there is no provision of suspension in the treaty, adding that according to international law, India cannot unilaterally revoke the treaty. “If India tries to violate the treaty, there will be a befitting reaction from Pakistan,” he said. The adviser said Pakistan is gaining support of international community on the issue. “Pakistan is considering to brief P-5 countries and international community about the dangers of suspending the treaty.” Sartaj Aziz said the provocative statements and actions from Indian leadership on Indus Water Treaty are violation of international laws and breach of the treaty. Previously, Indian Prime Minister Narendra Modi called a meeting yesterday of the advisers and high-ranking officials over the Indus Water Treaty but, on the advice of his advisers, decided not to review the Treaty with Pakistan, but decided to expedite work on three dams in order to stop the water of the Chenab River. The decision was made during a meeting to review the Indus Waters Treaty on Monday. The dams – Pakal Dul, Sawalkot and Barsa – would be constructed as per the decision. They are of the view the Indus River originates from China, not India, and it will be deprived of 36 percent of water if it diverted the Indus River. Moreover, China holds the control of the Brahmaputra River, which is the most important source of water for India.