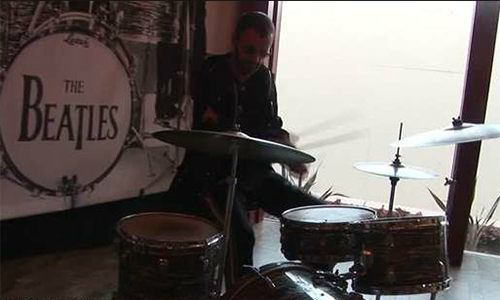 CALIFORNIA – Ringo Starr is set to auction off some his personal belongings, including iconic Beatles memorabilia, and the former Beatle showed off a few of the items at Julien's Auctions in Beverly Hills, California. One of the highlights of the sale, entitled 'The Property From The Collection of Ringo Starr and Barbara Bach,' is the musician's first 1963 Ludwig Oyster Black Pearl three-piece drum kit. It's estimated to sell for US$300,000-500,000. Another hot ticket is a John Lennon owned guitar: a 1966 325FG Rose-Morris model Rickenbacker with a fire-glo sunburst finish. Lennon gave it to Starr after he played it on stage during The Beatles 1964/65 Christmas shows. It's estimated to sell for $600,000-$800,000. The items will go up for sale by Julien's Auctions on December 4 and 5. –Reuters