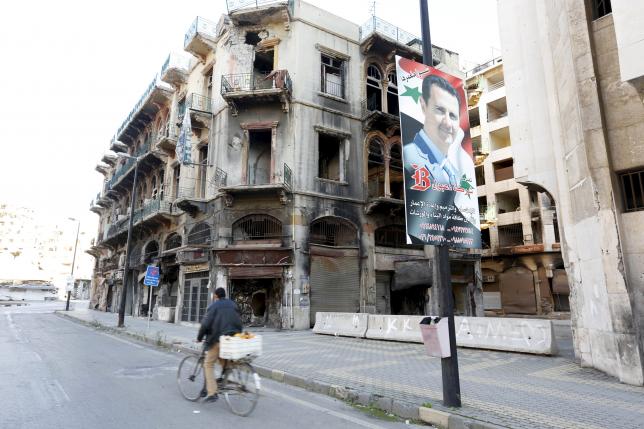 RIYADH - Syrian opposition and rebel groups meeting in Riyadh will on Thursday discuss forming a delegation for future peace talks, one of the toughest subjects in negotiations aimed at forging a unified position among President Bashar al-Assad's enemies.

Wednesday's talks produced broad agreement on their already widely held positions that Assad and his lieutenants should play no part in a transition to democracy and that foreign forces must leave Syria, said several of the 100 delegates.

"Today will be for choosing a delegation of 42 people to select the negotiators," said a Gulf-based participant. Asked if they would reach agreement on Thursday, he hinted at the difficult nature of the talks, adding: "Only God knows".

Gathering Syria's fragmented opposition behind a single agenda and an agreed negotiating team would be an important step towards seeking a political solution to a war that has displaced millions and strengthened global militancy.

The opposition is not only divided between rebel factions on the ground, who differ on ideology and compete for territory, but also between those factions and an array of political figures including both exiles and people who have remained in Damascus through much of the conflict.

Their divisions hobbled the last major effort at peace talks between the government and opposition, in Geneva nearly two years ago. They also made it harder for Western countries to back rebels and allowed the Islamic State group and al Qaeda's affiliate Nusra Front to consolidate their power.

Attacks by Islamic State and its supporters in the Middle East, Europe and the U.S., a surge of refugees and the risk of the conflict widening as Syria's neighbours and world powers are drawn in have added urgency to international peace efforts.

Russia, the U.S. and the United Nations will hold three-way talks in Geneva on Friday as part of their preparations for a new round of talks in Vienna following meetings that brought both Saudi Arabia and Iran to the table for the first time.

Saudi Arabia, which is hosting the Syrian opposition meeting and playing a role in moderating the discussions, is a main backer of the rebels along with Turkey and Western countries, while Iran and Russia support Assad.

The other commander added that there was agreement on keeping Syria united, on the departure of foreign forces and militias and that there should be no sectarian quotas in Syria's government, which a political opposition leader also confirmed.

The role that Islam should play in a future Syria, and what status the country's religious and ethnic minorities will have, has been a point of contention between the country's rebel groups which include hardline Islamists. -Reuters