Roche buoyed by early data on atezolizumab in advanced melanoma 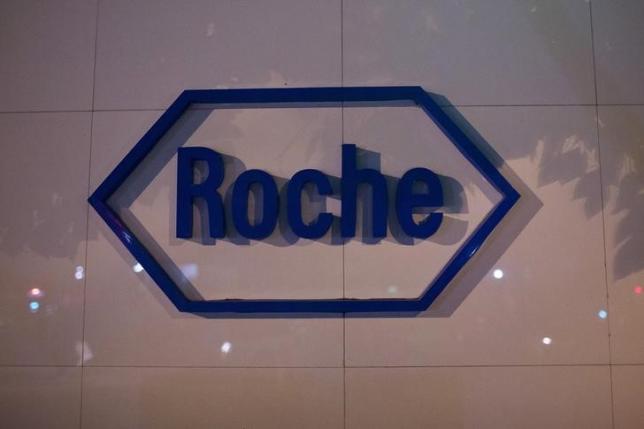 Roche buoyed by early data on atezolizumab in advanced melanoma

ZURICH - Swiss drugmaker Roche released on Monday what it called encouraging early data on cancer drug atezolizumab in combination therapy for treating a form of advanced melanoma. A phase Ib study of atezolizumab (MPDL3280A), used in combination with the BRAF inhibitor Zelboraf for previously untreated BRAFV600 mutation-positive inoperable or metastatic melanoma, showed adverse events were "manageable and generally reversible", it said. It showed the combination resulted in an objective response rate of 76 percent of people, including three complete responders. Roche is banking on atezolizumab to bring in billions in revenue by 2020 as a centre-piece of its strategy to counter the threat of biosimilar versions of its older medicines with new drugs to fight cancer. "These early efficacy results encourage us to further evaluate combination strategies of atezolizumab and targeted therapies like Zelboraf in people living with advanced melanoma, a disease which is still associated with a poor prognosis," Roche head of global product development Sandra Horning said. Roche's immune-system boosting atezolizumab, which the company hopes will win approval for bladder and lung cancer in 2016, is one of its most anticipated prospects, along with its ocrelizumab medicine for multiple sclerosis and its ACE-910 investigational treatment for people with haemophilia. They are expected to rake in combined annual sales of $5 billion by 2020, according to Thomson Reuters Cortellis. -Reuters