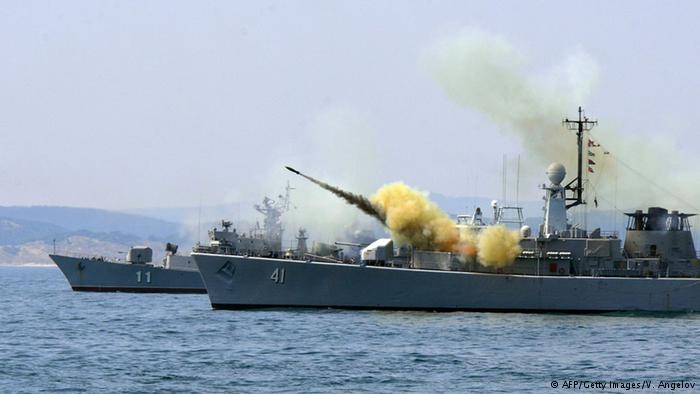 COPENHAGEN - Danish warships will be a target for Russian nuclear weapons if the Scandinavian country joins NATO's missile defense program, Russia's ambassador to Denmark told the newspaper Jyllands-Posten. Mikhail Vanin said he did not think the Danes fully understood the consequences if it went ahead with a decision to join the program. "If that happens, Danish warships will be targets for Russian nuclear missiles," Vanin said in an interview published on Saturday. Denmark said in August it would contribute to the missile shield with radar capacity on some of its warships. Tensions between Moscow and the West have grown since the imposition of economic sanctions on Russia over a pro-Russian rebellion in eastern Ukraine. NATO has recorded increased activity by the Russian navy and air force in the Nordic region. No missiles are to be placed on Danish soil under the NATO program, but perhaps long term in Greenland, a part of the kingdom, according to Jyllands-Posten. The shield was intended to defend Europe from a potential missile threat from Iran. Moscow says the system will undermine Russia's nuclear deterrent because it could also enable the West to shoot down Russian missiles. "Denmark will become a part of the threat against Russia. It will be less peaceful, and relations with Russia will be damaged," Vanin said, adding that Russia has missiles which would be able to penetrate the future missile shield. Denmark's foreign minister Martin Lidegaard said Vanin's comments were unacceptable. "Russia knows very well that NATO's missile defense is not aimed at them," Lidegaard told Jyllands-Posten. US Air Force General Philip Breedlove told a Brussels conference on Sunday that the comments from the Russian ambassador were the "next step" in a campaign against countries that joined the shield. "Romania came under great pressure when they became a part of the (missile shield). Poland is coming under great pressure and now anyone else who wants to join in to this defensive capability will come under this diplomatic and political pressure," Breedlove said without naming Russia. - Reuters