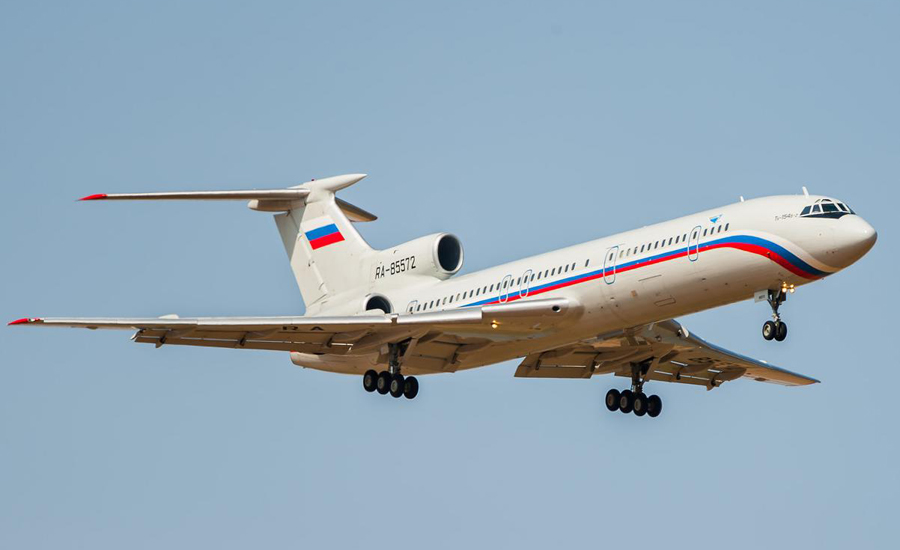 MOSCOW (Reuters) - A Russian military transport plane crashed in Syria on Tuesday, killing all 32 people on board, Russian news agencies quoted the Russian Defence Ministry as saying, an incident that sharply raises the death toll from the Kremlin’s Syria operation.

Russian President Vladimir Putin, who is running for re-election later this month, ordered “a significant part” of Moscow’s military contingent there to start withdrawing in December, declaring their work largely done.

But casualties continue to mount.

The defense ministry was cited as saying that the plane, an An-26, crashed at Russia’s Hmeymim air base in Latakia Province and that initial information suggested the crash may have been caused by a technical fault.

Twenty-six passengers and six crew members were on board, and all were killed in the crash, the news agencies quoted the ministry as saying.

In December 2016, a plane carrying a Russian military orchestra to Syria crashed in the Black Sea, killing all 92 people on board.

There have also been deaths and injuries among Russian forces in Syria. In one incident, in February this year, Syrian rebels shot down a Russian warplane and killed its pilot on the ground after he ejected.

About 300 men working for a Kremlin-linked Russian private military firm were either killed or injured in Syria last month when their column was attacked by U.S.-led coalition forces, according to three sources familiar with the matter.

Russian officials said a handful of Russian citizens may have been killed in that incident, but said they were not members of Russia’s armed forces.

(Reuters) - Myanmar was set for more street protests on Wednesday against military rule as Indonesia sought to build momentum behind a diplomatic push involving other Southeast Asian countries to steer a path out of the crisis.

WASHINGTON (Reuters) - A US judge on Tuesday ordered Emma Coronel Aispuro, the wife of Mexican drug kingpin Joaquin “El Chapo” Guzman, to be detained on charges she conspired with her husband to run a multibillion dollar drug enterprise while he was behind bars.

WASHINGTON (Reuters) - A bipartisan group of U.S. senators will revive legislation as soon as Wednesday to counter Chinese censorship in the United States, a new effort by Congress to hold Beijing accountable for its growing efforts to stifle criticism beyond its borders, Senator Jeff Merkley told Reuters.

(Reuters) - During a December visit to New York City, writer E. Jean Carroll says she went shopping with a fashion consultant to find the “best outfit” for one of the most important days of her life - when she’ll sit face-to-face with the man she accuses of raping her decades ago, former President Donald Trump.

WASHINGTON (Reuters) - The US House of Representatives Budget Committee on Monday approved legislation with $1.9 trillion in new coronavirus relief, advancing a top priority of President Joe Biden toward a full House vote on passage expected later this week.

US puts sanctions on two Myanmar generals over coup

LONDON (Reuters) – British Prime Minister Boris Johnson set out a four-stage easing of England’s latest lockdown on Monday, saying “cautious” steps out of restrictions to contain the spread of COVID-19 would mean no return of a nationwide shutdown.