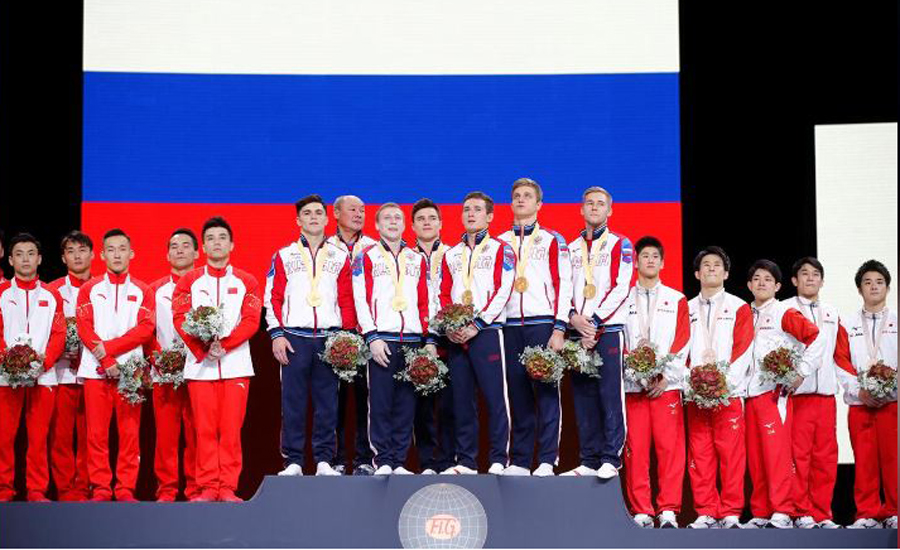 STUTTGART (Reuters) - Russia’s men clinched their first-ever team title at the gymnastics world championships on Wednesday, edging China in a tight contest in the finals in Stuttgart. The Russians never missed a beat as they posted a score of 261.726 across six apparatus - just 0.997 more than last year’s winners China. Needing 13.470 points for gold ahead of their final routine on the high bar, European all-around champion Nikita Nagornyy produced a clinical display to finish with 14.466. Russia became the first European winner of the men’s team event since 2001 when Belarus took home the title. Despite missing 21-time world medallist Kohei Uchimura through injury, Japan retained their bronze medal with a score of 258.159.