KARACHI (92 News) – Funeral prayers of Sabika Sheikh – who killed in a mass shooting at her southeast Texas high school – was offered at Hakeem Saeed Ground in Karachi on Wednesday morning.

Her funeral prayers will be led by Maulana Iqbal, the Imam of Federal Urdu University. After the ceremony of funeral the body of 17-year-old Sabika in covered with Pakistani flag was buried at Azeem Pura Graveyard located at Shah Faisal Colony.

Sabika Sheikh was to return Pakistan for Eidul Fitr, a three-day holiday but she died before returning home. She went to America for dreaming bright future. Family, relatives and friends mourn at death of Pakistani student in Texas shooting.

On the other hand, US Colonel Joseph phoned Army Chief Qamar Javed Bajwa and offered condolences over martyred teenage girl, who was killed in the shooting incident at Santa Fe High School in Texas. 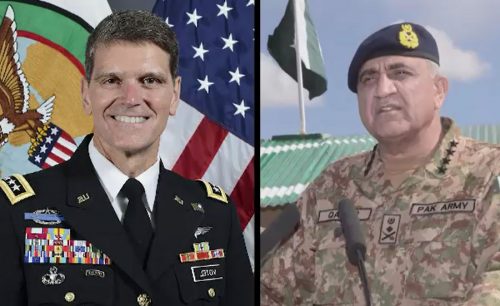 Earlier, the body of American exchange students arrived in Karachi on Wednesday early morning. The body of Sabika Sheikh received by her father and mother at the Old Terminal of the airport as her body was brought to Karachi via the Turkish airline.

ASF officers saluted to the body of seventeen years old girl in the airport. The strict security arrangement was set up outside Sabika’s house.