Haddin (52) and Smith (50) were the main scorers. Sohail Khan grabbed the lone wicket. 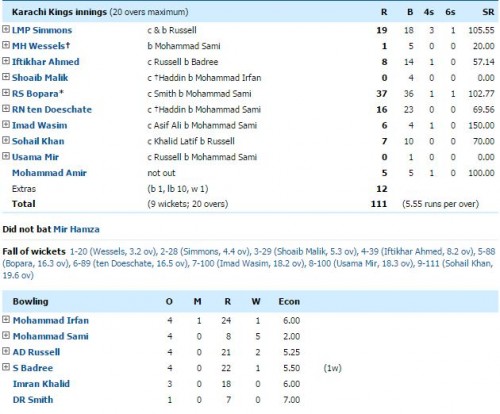 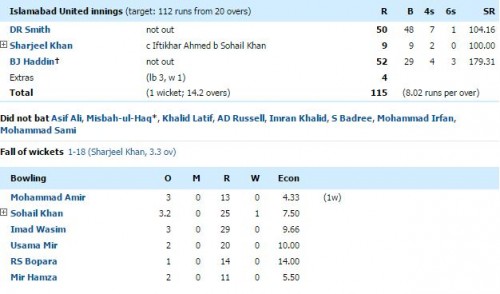