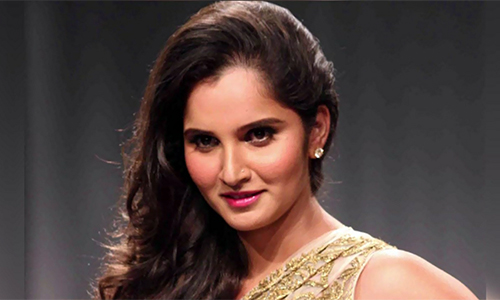 NEW DELHI – The Sports Ministry has recommended Sania Mirza, Wimbledon doubles champion, for the Rajiv Gandhi Khel Ratna, clearing that the final decision rests with only the Awards Committee, reported 92 News. Sania won her career's first ever women's doubles Grand Slam title with Swiss partner Martina Hingis in June. She also became world number one before winning the Grass Court major. Sports Minister Sarbanada Sonowal has sent her name to the Awards Committee for the best award on the recommendation of the Indian Tennis Association. Sania is reportedly competing with squash player Deepika Pallikal and discus thrower Vikas Gowda for the prestigious award.