Sanofi, Hanmi seal diabetes licence deal for up to $4.2 billion 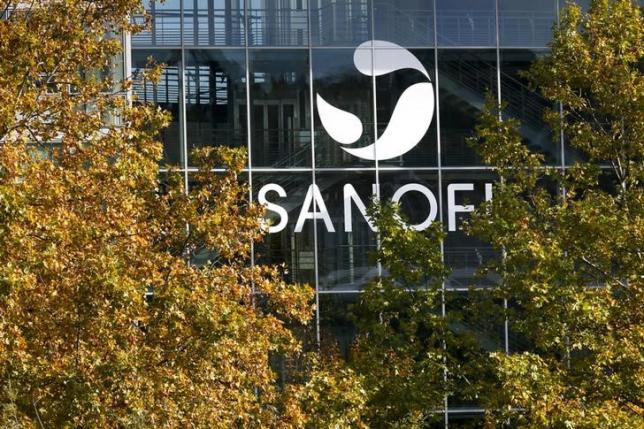 Sanofi, Hanmi seal diabetes licence deal for up to $4.2 billion

PARIS – Sanofi has signed a licence deal with Hanmi Pharmaceutical to develop experimental, long-acting diabetes treatments, the French drugmaker said on Thursday, in a move to revive its diabetes division. South Korea-based Hanmi will receive an upfront payment of 400 million euros ($434 million) and is eligible for up to 3.5 billion euros in development, registration and sales milestones, as well as double-digit royalties on net sales. In return Sanofi will get an exclusive worldwide licence to develop and commercialize Hanmi's so-called GLP-1 diabetes treatments. Hanmi will retain an exclusive option to co-commercialize the products in Korea and China. The deal marks a sizeable bet by Sanofi on a new technology at a time when its all-important diabetes business is struggling. Nearly 400 million people worldwide have diabetes, with type 2 accounting for more than 90 percent of cases. Without proper treatment or lifestyle changes those numbers are expected to grow substantially. But Sanofi, which will unveil a five-year strategic plan on Friday, surprised investors last week when it said revenues at the division would keep falling until 2018, due to growing competition, especially in the United States. Although he did not refer specifically to diabetes, Chief Executive Olivier Brandicourt had told reporters on a results call that he was considering acquisitions and licensing deals. The tie-up with Hanmi means Sanofi is investing heavily in the long-acting area where competitors like Denmark's Novo Nordisk and U.S.-based Eli Lilly are also active. Nordea analyst Michael Novod said the move was "very bad news" for Denmark's Zealand Pharma, which has an existing deal with Sanofi for a short-acting GLP-1 drug. Zealand's shares fell 5 percent while Sanofi rose 1.8 percent, slightly outperforming a 1.4 percent advance in the Stoxx Europe 600 healthcare sector index <0#.SXDP>. The agreement also illustrates the growing power of South Korea as a force in pharmaceutical research. According to a study by Research and Markets published in May, the country is seen as one of the leaders in research and development in the Asia Pacific region thanks to the strong involvement of both the public and private sectors. –Reuters