Saudi Aramco appoints first woman to board of directors 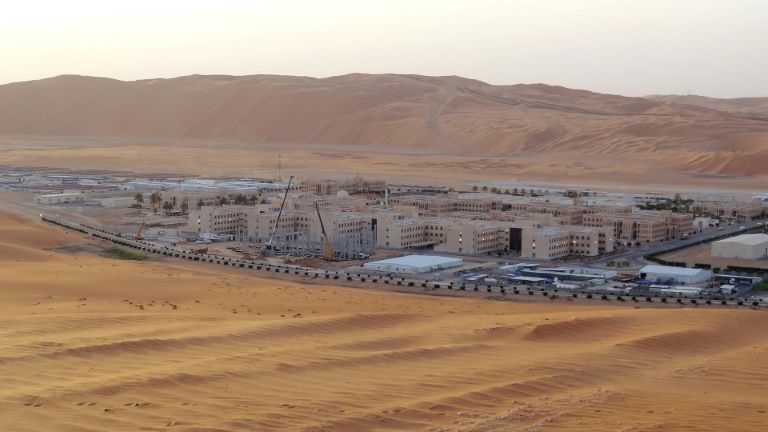 RIYADH (AFP) - Saudi national oil giant Aramco said Sunday that five new members had been appointed to its board of directors, including the first woman in the firm's history.

Lynn Laverty Elsenhans, 60, is the former head of US oil company Sunoco Inc. and has been director of oil services company Baker Hughes since July last year.

She has served on the boards of several major oil firms.

Other newly-appointed Aramco board members include Minister of Finance Mohammed al-Jadaan, while Energy Minister Khaled al-Faleh was retained as the company's chairman, state-owned Aramco said in a statement.

The new appointments come as the oil-dependent kingdom, faced with persistent budget deficits due to low crude prices, prepares to sell up to five percent of Aramco in an initial public offering either this year or in 2019.

The kingdom hopes to raise around $100 billion from the IPO, based on a $2 trillion (1.6 trillion euro) valuation of the company, which controls massive oil and natural gas deposits.

Govt decides to keep PoL prices unchanged for May

ISLAMABAD (92 News) – The government has decided to keep the prices of petroleum products unchanged for May.

ISLAMABAD (92 News) - The Oil and Regulatory Authority (Ogra) has recommended to hike fuel prices by Rs3.25 per liter.

(Reuters) - The luxury goods sector could shrug off the hit from the coronavirus crisis as early as this year as Chinese and U.S. shoppers help sales recover to pre-pandemic levels, consultancy Bain said on Monday.

FLORIDA (Reuters) – Cruise operator Royal Caribbean (RCL.N) is cancelling a new line that had been scheduled to run from Israel to Greece and Cyprus from next month, citing regional security concerns.

WASHINGTON (Reuters) – Less than 3% of the roughly 30 million small-business owners in the United States could face tax increases under President Joe Biden's jobs and infrastructure plan, according to a new analysis by the White House on Friday.

TOKYO (Reuters) – Toshiba Corp's (6502.T) European business has been hit by a cyberattack, a source familiar with the situation said on Friday, with public broadcaster NHK identifying the perpetrators as DarkSide, the group the U.S. FBI blamed for the Colonial Pipeline attack.