They discussed the situation in the region.

Earlier on his arrival, he was welcomed by PM’s Adviser on National Security Sartaj Aziz at the airport.

However, a joint press conference with Sartaj Aziz was postponed due to a delay in the arrival of the Saudi foreign minister. 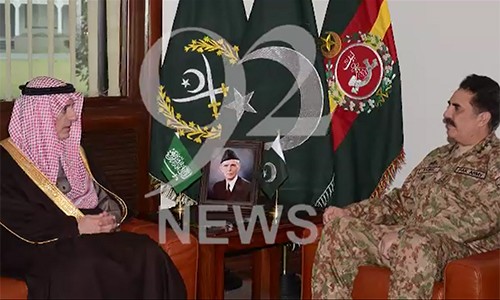 Speaking on the occasion, Sartaj Aziz said that Pakistan was a friend of both Saudi Arabia and Iran and would seek to heal the rift between them during Saudi Foreign Minister Adel al-Jubeir’s visit.

Later, he left for Saudi Arabia after his four and a half hours stay in Pakistan.