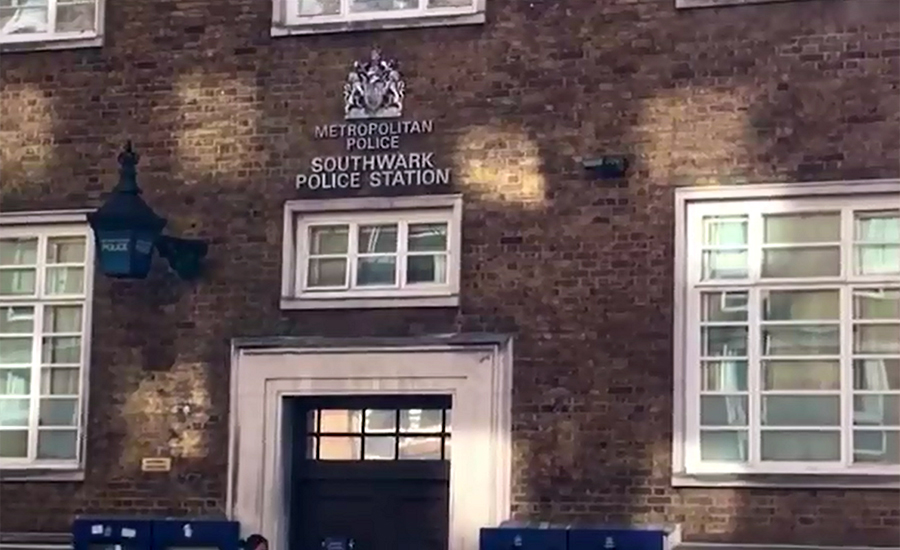 LONDON (92 News) – The London police arrested and indicted the MQM founder in the hate speech case on Thursday. Earlier in the morning, the MQM founder had appeared at the Southwark Police Station, South London for the third time in four months to face the inquiry. On June 11, 2019, the MQM founder was arrested during a dawn raid at his home and taken to a south London police station. The Scotland Yard had said that he was arrested on the charge of intentionally encouraging or assisting offences contrary to Section 44 of the Serious Crime Act 2007. The MQM founder was called again in relation to the incitement speech of August 2016 from London to a rally in Karachi. https://twitter.com/fawadchaudhry/status/1182249441539047424?s=20 Meanwhile in a tweet, Minister for Science and Technology Fawad Ch said that he hopes that the MQM founder would be brought to justice and he would spend his last days in jail.

Demonstration staged in London against Israeli state terrorism in Palestine

LODNON (92 News) – A large number of people belonging to different religions, including Muslims, staged a demonstration against the Israeli state terrorism in Palestine on Saturday.

Our previous rulers made property in expensive areas of London: PM

QUETTA (92 News) – Prime Minister (PM) Imran Khan on Wednesday has said that our previous rulers made properties in most expensive areas of London.

LONDON (Reuters) - London police said on Tuesday they had arrested a man who was carrying an axe on The Mall, a central road which connects Buckingham Palace with Trafalgar Square, adding that there were no reports of any injuries.