LONDON (92 News) – Chief of Army Staff (COAS) General Raheel Sharif has said that security environment in Pakistan is now becoming conducive for upward economic trajectory and it will continue towards bringing total security.

Addressing a conference at Royal United Services Institute, London, on Friday, he said: “Kashmir is an unfinished agenda of the partition and the world must help in resolving the Kashmir issue if we want genuine peace in the region.”

He said that Indian intransigence, LOC violations and indirect strategy against Pakistan is negatively affecting the region. “Our disputes reside in the Kashmir issue,” he said.

COAS General Raheel Sharif said that Pakistan has brotherly and blood ties with the people of Afghanistan.

He added that border management and greater international cooperation is a must for regional peace. “Anti-Pakistan propaganda must come to an end.”

“As we continue to support enduring and permanent peace in Afghanistan, let’s all beware of detractors and spoilers,” he maintained. 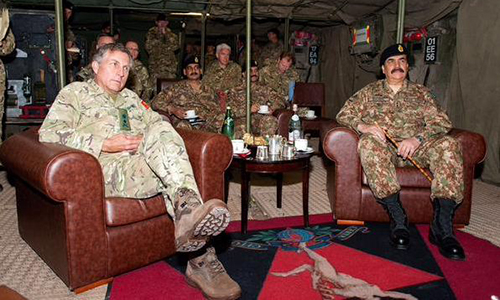 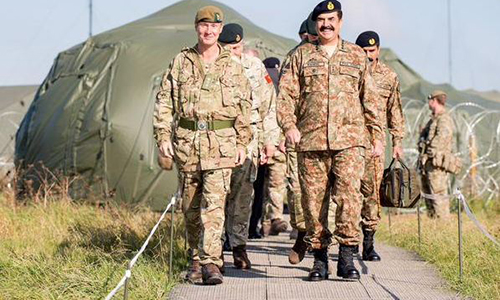