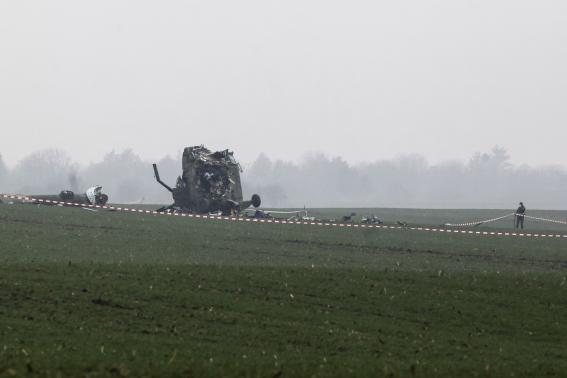 BELGRADE - A Serbian military helicopter carrying a sick baby for treatment in Belgrade crashed near the capital's main airport on Friday evening, the defense ministry said on Saturday. Seven people - four crew members, two medical workers and the baby - were killed in the crash, Prime Minister Aleksandar Vucic said at an extraordinary government session which was broadcast live on the state RTS television. "The control tower lost contact with the helicopter at 10.30 p.m.," he said. "The helicopter disappeared from (air traffic controllers') radar at 10.34 p.m. (2134GMT)." At the session, the cabinet unanimously voted to proclaim Sunday a national day of mourning. The Russian-made Mi-17 transport helicopter came down "in the wider area" of Belgrade airport, the defense ministry said. Serbia's B92 broadcaster reported the helicopter had picked up a baby in the southern Serbian region of Raska after an ambulance taking the child to hospital for treatment for respiratory problems was blocked by a landslide. - Reuters