Serena beaten by Kvitova in second round in Cincinnati 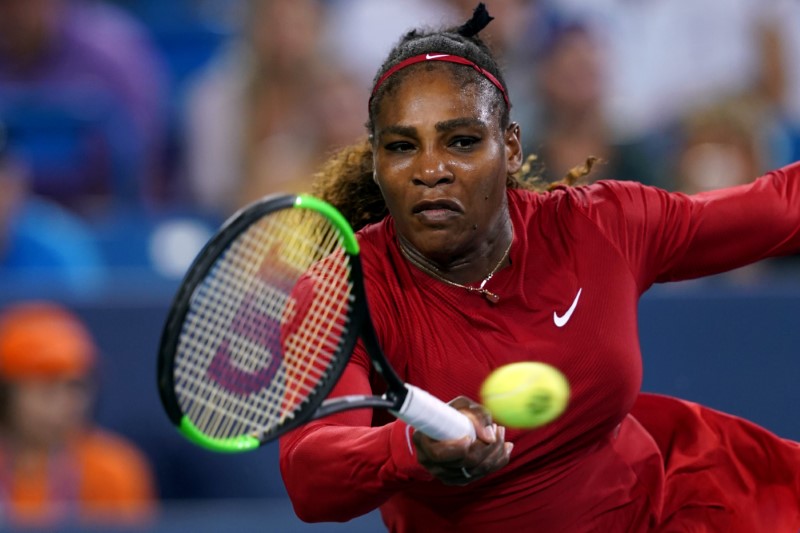 Serena beaten by Kvitova in second round in Cincinnati

(Reuters) - Serena Williams was beaten 6-3 2-6 6-3 by Petra Kvitova in a thrilling second-round match at the Cincinnati Open on Tuesday, ending the American’s bid for a third title at the event.
Williams looked rusty in the first set, struggling to handle the Czech’s booming left-handed serve and never created a break-point opportunity. But the 23-times grand slam champion dug deep in the second, thumping serves and blasting returns to the delight of the supportive crowd under the lights. Williams appeared to be in command when she broke Kvitova to start the deciding third set but the two-time Wimbledon champion elevated her service game and was defensively resolute to set up a third-round clash with Kristina Mladenovic. For former world number one Williams, the loss is another setback as she attempts to get back to the top ranking after a difficult childbirth last year. France’s Mladenovic had earlier defeated qualifier Viktoria Kuzmova 6-3 6-0, while her sixth seeded compatriot Caroline Garcia defeated fellow power hitter Victoria Azarenka 6-4 7-5 to advance to the third round. Former world number one Azarenka, who on Tuesday was given a wildcard for the U.S. Open, never found her stride and committed her fifth double fault on match point to hand Garcia the win. Big-serving Czech Karolina Pliskova fired an ace on match point to dispatch Agnieszka Radwanska 6-3 6-3 in their first-round match. Pliskova had never won a set against Radwanska in seven prior meetings but cruised to the win over the 29-year-old Pole, who is working her way back from injuries. Greece’s Maria Sakkari edged 20-year-old Naomi Osaka in a closely contested second-set tiebreak to dispatch the Japanese 6-3 7-6(8) in their first-round match. Dutchwoman Kiki Bertens cracked eight aces and won 90 percent of her first serves as she strolled to a 6-2 6-0 win over American Coco Vandeweghe. Fifth seed Elina Svitolina outlasted Russian Svetlana Kuznetsova 7-6(1) 4-6 6-4 in their second-round clash.