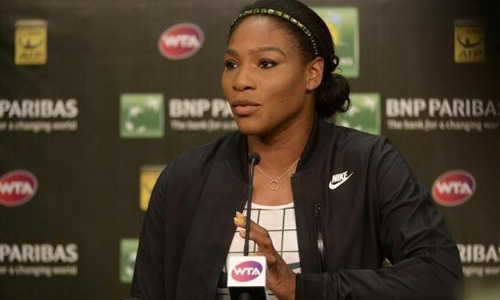 CALIFORNIA (Reuters) - Serena Williams said on Thursday her decision to end a 14-year boycott of the BNP Paribas Open after suffering racist abuse in the 2001 final came down to "timing" and being the "right opportunity." Williams had skipped the showpiece event at the glitzy desert resort after winning her second title there by beating Kim Clijsters in a final marred by the behavior of some fans who booed and heckled the American and her family. "The whole point of me coming back was not to necessarily focus on what happened 14 years ago," Williams, 33, told a packed news conference at the Indian Wells Tennis Garden. "It was more to focus on how I felt and that it was the right opportunity for me to come back now. I kind of let that go (what happened in 2001). I just felt like, 'This is time.' "There's not one thing that said I should come back, that I should come back in 2015. I didn't even know if I would be playing in this year. I just felt like it was the right time for me to come back here and try to be the best that I can be."