Seven MQM workers handed over to Rangers for 90 days, confess to killing 47 people 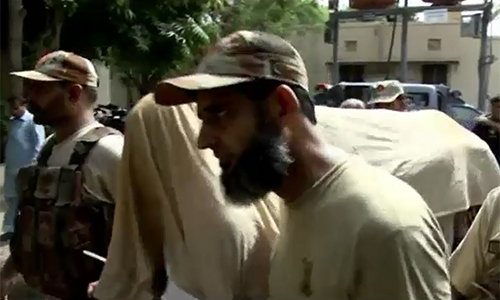 Seven MQM workers handed over to Rangers for 90 days, confess to killing 47 people

KARACHI (92 News) – Seven MQM workers were handed over to the Rangers for 90 days on Tuesday. The accused were produced in an anti-terrorism court. On the other hand, the accused confessed to having killed 47 people.