Sources said that Counter Terrorism Department conducted an operation in Maripur area and arrested Haji Sher Muhammad along with his six accomplices.

The CTD also seized huge cache of weapons from the possession of terrorists.

Counter Terrorism Department spokesman said that the suspects were involved in several terrorists activities including extortion and kidnapping for ransom.

He said that Haji Sher Muhammad has close links with the TTP chief Umar Khalid Khorasani and was conducting terrorist activities on his directions. 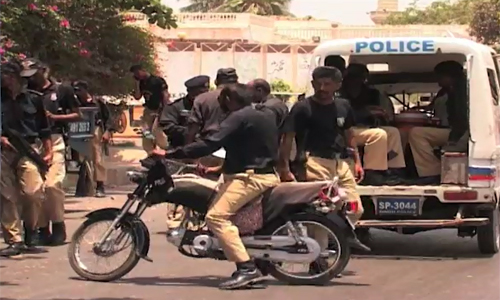