'Shameful' of UK not to publish report on Russian meddling, says Hillary Clinton 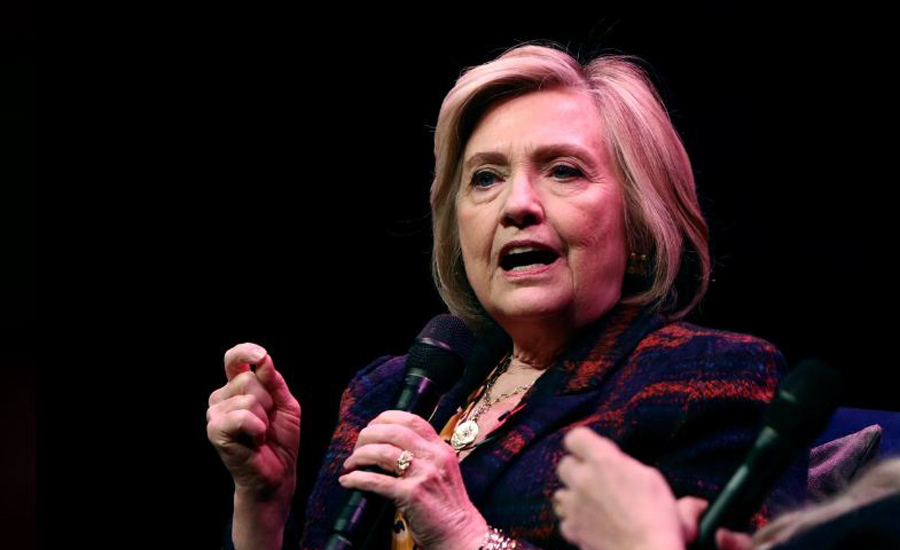 'Shameful' of UK not to publish report on Russian meddling, says Hillary Clinton

LONDON (Reuters) - Former US Secretary of State Hillary Clinton criticized as “shameful” British Prime Minister Boris Johnson’s decision not to publish a parliamentary report on Russian meddling in UK politics until after an election next month. The report by parliament’s Intelligence and Security Committee (ISC) has been cleared by the security services but it has not yet been given approval for publication by Johnson’s government, so will not appear before the Dec. 12 vote. “I find it inexplicable that your government will not release a government report about Russian influence. Inexplicable and shameful,” Clinton told the BBC in remarks reported on Tuesday. “Every person who votes in this country deserves to see that report before your election happens.” “There is no doubt - we know it in our country, we have seen it in Europe, we have seen it here - that Russia in particular is determined to try to shape the politics of Western democracies,” Clinton said. Britain has accused Russia of meddling in the domestic politics and elections of several Western countries, including the US presidential election. The British government says it has not seen evidence of “successful” Russian interference in UK elections, including the 2016 vote to leave the EU. Moscow has repeatedly denied any meddling and says the West is gripped by anti-Russian hysteria. U.S. intelligence agencies say Russia sought to influence the 2016 presidential election through hacking and spreading propaganda, aimed at helping Donald Trump defeat Clinton, his Democratic opponent. The British parliament’s Intelligence and Security Committee’s report contains allegations of Russia’s attempts to interfere in Western politics and includes evidence from Britain’s main intelligence agencies, MI5, GCHQ and MI6. The report was completed in March and then went through redaction by the Cabinet Office and security services, a process completed by early October, according to Dominic Grieve, who chaired the committee. Grieve, who was expelled from the parliamentary group of Johnson’s Conservatives for defying him over Brexit, said the report was sent to the prime minister on Oct. 17 for final approval, a process he said customarily takes 10 days. Johnson’s government says the delay is a result of normal procedures: “There is a proper process that these reports go through. The ISC are aware of that,” Johnson’s spokesman said on Monday. “That process hadn’t completed by the time that parliament was dissolved.” As the report is supposed to be presented to parliament, which is not sitting during the election campaign, its publication could be delayed by months. The opposition Labour Party has said the decision not to release the report is an attempt to withhold the truth from the public and has said both Johnson and his most senior adviser, Dominic Cummings, have links to Russia. Johnson’s government has denied suggestions by the Labour Party that either the Conservative Party or the government are linked to Russian disinformation campaigns.