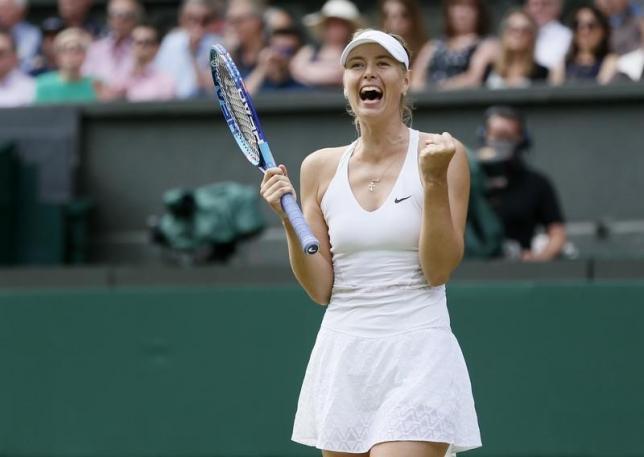 LONDON – Tennis star Maria Sharapova again tops the list of highest earning female athletes over the past year, according to Forbes. For the 11th consecutive year, the Russian heads a list dominated by tennis players, who occupy seven of the top 10 spots. The 28-year-old Sharapova, who won the French Open last year, collected $6.7 million in prize money, but her total estimated earnings were $29.7 million, according to Forbes. The Forbes list also includes earnings from appearances, licensing and endorsements, personal business interests and, in some cases, salary. World number one tennis player Serena Williams is second at $24.6 million, while motor racing driver Danica Patrick is the top non-tennis player, in fourth place with $13.9 million. The only other non-tennis players in the top 10 are number eight Ronda Rousey (mixed martial arts) and number nine Stacy Lewis (golf). Tennis is one of the few big-money sports where the earnings of women are somewhat comparable to men, though Sharapova’s income nonetheless was significantly less than the $67 million earned by Roger Federer, the top tennis player on the latest Forbes men’s list. Boxers Floyd Mayweather ($300 million) and Manny Pacquiao ($160 million) head the latest men’s list, followed by Portugal and Real Madrid soccer player Cristiano Ronaldo ($79.6 million). The female earnings were calculated from June 1 of last year until the same date in 2015. –Reuters