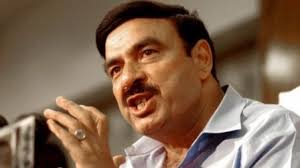 ISLAMABAD (92 News) - Awami Muslim League (AML) chairman Sheikh Rasheed Ahmad on Wednesday announced boycott of Senate election. Talking to media, Sheikh Rasheed said he does not want to become a part of ‘politics of loot.’ He alleged that people with 5 seats have nominated more than a dozen candidates. The Awami Muslim League chief has several times raised his voice against ‘fairness’ of the Upper House elections. Last month while talking to journalists in Islamabad Sheikh Rasheed said senate election would be based on ‘selection’ rather than ‘elections’.