Shiv Sena offers cash ‘reward’ to anyone who slaps Aamir 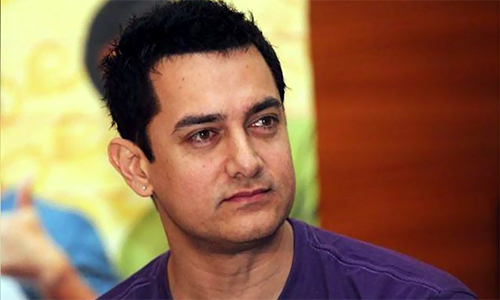 Shiv Sena offers cash ‘reward’ to anyone who slaps Aamir

MUMBAI (92 News) - The Punjab unit of the Shiv Sena on Wednesday announced a reward of Rs 100,000 per slap for anyone slapping actor Aamir Khan over his recent remarks on “intolerance” in India. The announcement was made during the Sena’s protest outside hotel MBD Radisson Blu in Ludhiana where Aamir is staying. He is camping in Ludhiana for the shooting of his upcoming movie, Dangal. During the protest, Shiv Sena workers allegedly used derogatory language against the actor and burnt his photographs. Rajeev Tandon, Punjab chairman, Shiv Sena, claimed that “any person who will slap Aamir Khan will get Rs 100,000 for each slap from the Shiv Sena”. Tandon said, “We give an opportunity to the manager and employees of the hotel and also the team of his film to slap Aamir and get Rs 100,000 from us. The courageous and patriotic persons who will slap Aamir Khan in Ludhiana will get Rs 100,000 reward per slap from us.” The hotel management were a harried lot on Wednesday, as the Shiv Sena workers blocked traffic in front of the hotel and raised slogans against Aamir.