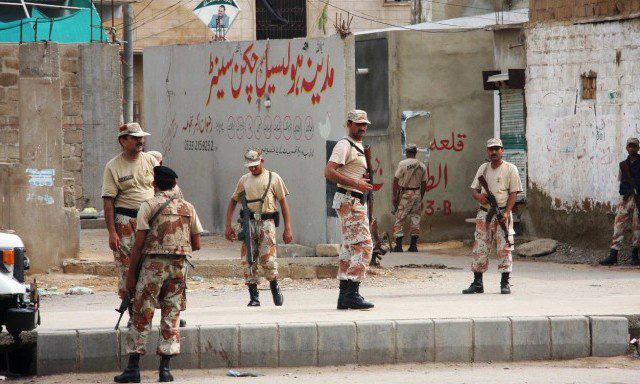 KARACHI (92 News) – Sindh Rangers have on Monday nabbed several suspects during an operation conducted in Karachi’s Old Sabzi Mandi area. As per details, Sindh Rangers carried out an intelligence-based search operation in Old Sabzi Mandi and suburban areas. During the operation, Rangers cordoned off the area and searched houses. Rangers arrested several suspects during the operation and recovered weapons from their possession. The suspects were shifted to unknown place for further interrogation.