HYDERABAD (92 News) – Sindhi Cultural Day is being celebrated across the province on Sunday (today) with rallies being taken out in different cities and towns.

Sindhis in Pakistan and elsewhere celebrate Sindhi Cultural Day on the first Sunday of December in every year.

Donning cultural dresses with Sindhi topi and ajrak, the traditional block printed shawls to spotlight centuries-old rich culture of Sindh, people are celebrating this year’s theme “Ekta” meaning unity. Several seminars and programmes have been organised in this regard. 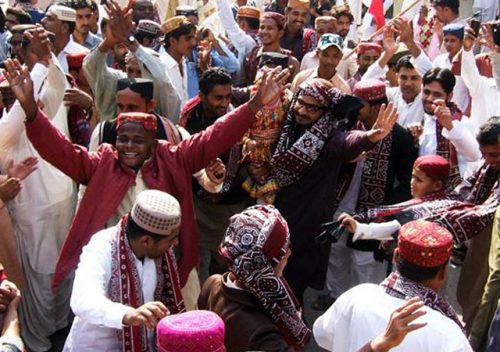 In order to further promote Sindhi culture, Sindh Minister for Culture & Education Syed Sardar Ali Shah announced, in October, to give incentives for making films in Sindhi language and the culture department would extend full cooperation to the filmmaker in this adventure.

“Sindhi films constitute a great source of entertainment to people at large,” he said while addressing an inaugural ceremony of Sindhi film festival at the Institute of Sindhiology, University of Sindh, Jamshoro.