13 attackers dead as terrorists attack PAF base camp in Peshawar


PESHAWAR (92 News) – Terrorists attacked an air force base camp on the outskirts of Peshawar early on Friday, triggering a shootout that left all the 13 attackers dead.

The assault on the Badaber air base camp came as the army has been carrying out a major operation against terrorists in North Waziristan tribal region bordering Afghanistan.

According to the ISPR, the terrorists 13 terrorists attacked a guard post and tried enter the Badaber air base but a heavy contingent of the Quick Reaction Force has reached the spot and engaged the attackers and contained them around a guard room. All the 13 terrorists have been killed in the fighting.

Gen Asim Bajwa said that the airbase is completely safe, adding that the helicopters are also monitoring the situation. “The Security forces were engaged in clearing up operations and were searching for militants who might be hiding in the area,” he said.

He said that the terrorists entered in the camp in the wee hours in two groups from different locations and attacked on a Masjid. They killed sixteen people offering Fajr prayer in the mosque.

During the operation Captain Asfganyar embraced martyrdom, while Major Haseeb and a solider along with 22 others received injuries.

According to Pakistan Air Force spokesman, the air forces strategic assets were not present at the airbase, adding that the security forces foiled terrorists activity.

The Badaber air base, located on the edge of Peshawar, the capital of Pakistan’s Khyber Pakhtunkhwa province, was not functional and it was mostly being used as a residential place for the employees and officers of the air force. The base was established in 1960s. 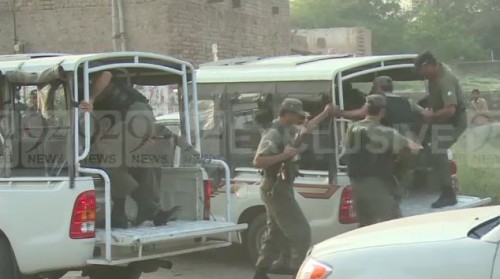 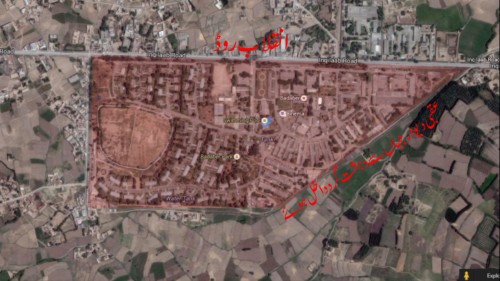