HUB (92 News) – At least six people were killed and several others injured in a road mishap in Hub on Monday.

As per details, the ill-fated incident took place in Hub when a passenger coach fell in a trench while trying to save a car, resultantly, six people were killed on the spot and several others injured.

The passenger coach was heading towards Karachi from Panjgor when the incident occurred.

Soon after the incident, police and rescue staff reached the scene and shifted the bodies and people to local hospital for medico-legal formalities and treatment. 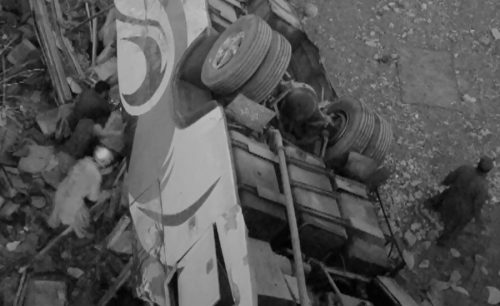