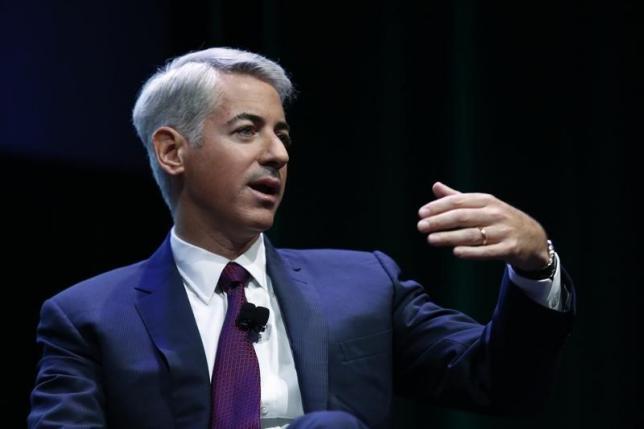 BOSTON - Some of the world's most prominent hedge fund managers suffered losses last month as the US stock market's rally stalled, but most are still boasting gains for the quarter. William Ackman's $20 billion Pershing Square Capital Management, which ranked among last year's best performers with a 40 percent gain, dipped 3.1 percent in March as shares in Herbalife Ltd, a stock he bet would fall, climbed anew. For the year, however, the fund has gained 3.5 percent, an investor said on Thursday. Similarly David Einhorn's Greenlight Capital fell 2.6 percent last month, leaving the $11 billion fund down 1.8 percent for the year, an investor said. Barry Rosenstein's Jana Partners fund was off 0.4 percent last month but is still up on the year with a 1.4 percent gain, a person familiar with the numbers said. Stock markets around the world hit new highs during the quarter, fueled by easy money policies but gains in the United States stalled last month as investors worried more about the strong dollar's impact on US corporations' earnings. Last year was a generally lackluster year for hedge funds with the average fund gaining only 3.3 percent, Hedge Fund Research data showed. Many hedge funds, particularly activist-oriented funds, got off to a strong start to the year as ever more investors are flexing their muscle to get corporations to perform better. Marcato Capital Management, run by former Pershing Square partner Richard McGuire, gained 2.3 percent last month to be up 4.8 percent on the year, an investor said. The fund is putting pressure on Bank of New York Mellon Corp to cut costs and set more ambitious financial targets. HG Vora, which has joined forces with other investors in complaining that General Motors Co's shares were undervalued and reaching a compromise last month where the automaker agreed to a $5 billion share buyback, saw its fund gain 4.2 percent in March. For the year the fund is up 8.3 percent, a person familiar with the numbers said. Maglan Capital benefited from Globalstar Inc'sstrong gains in March which helped the fund rise 6 percent in March to be up 15 percent for the year, an investor said. Hedge funds, unlike mutual funds, are not required to announce their returns publicly and so many investors are eager to catch a glimpse of how the brand-name funds are performing to gauge the industry's health. - Reuters