CAPETOWN (92 News) –  South Africa Johan Botha, an all-rounder in the truest sense of the word, has retired from all forms of cricket with immediate effect.

The off-spinner had been representing Hobart Hurricanes in Australia’s Big Bash League, but has had to cut his stint short, citing “wear and tear on his body and sheer physical fatigue”, according to a Hurricanes statement.

Such is perhaps to be expected after a 19-year career which saw Botha start as a medium-pacer, become an off-spinner, re-model his action in the face of questions over his bowling action, represent South Africa more than 100 times across formats, captain them in 21 of those games, and play for countless T20 franchises. 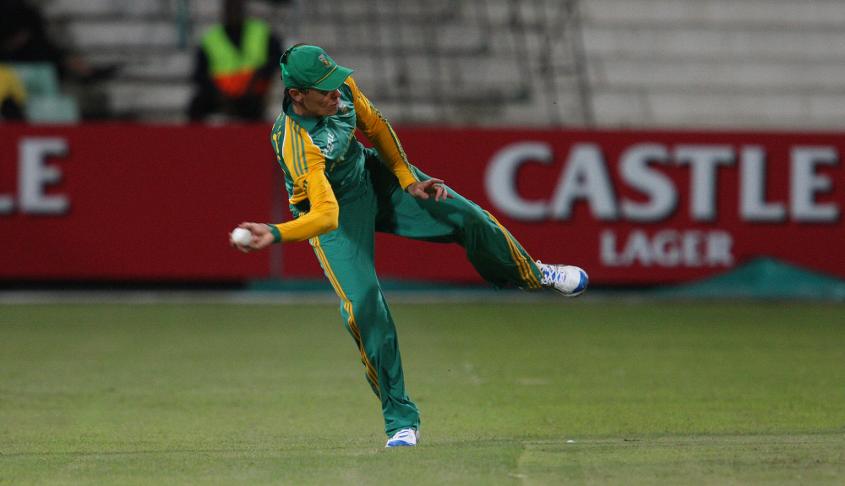 While his spin perhaps didn’t have the bite required to make him a force in Test cricket – he played only five games in the longest format – his canny, accurate off-spin, punchy batting and fine fielding made Botha the archetypal white-ball all-rounder, adaptable in the extreme.

He was one of South Africa’s stand-out performers at the 2011 Men’s Cricket World Cup, maintaining a miserly economy rate of 4.07 runs per over, while his abilities under pressure are further emphasised by his two Player of the Match performances in T20Is, in thrilling one-run and three-run wins against West Indies and New Zealand in 2010 and 2012.

The World T20 in 2012, in which the South Africa crashed out at the group stages, would see Botha’s international career come to an end, with the off-spinner opting to take up the captaincy of South Australia, ruling him out of international contention. He carried on playing in T20 leagues the world over, racking up almost 500 professional games, and grabbing over 500 wickets.

Phehlukwayo stars for Proteas to level ODI series against Pakistan

Andile Phehlukwayo followed career-best ODI bowling figures of 4/22 with an unbeaten 69 to help South Africa to a five-wicket win in the second ODI against Pakistan in Durban.

The all-rounder and Rassie van der Dussen teamed up for a sixth-wicket partnership of 127 runs which helped South Africa recover from the precarious position of 80/5 to what resulted in a comfortable win, the target of 204 chased down with eight overs left to play.

Faf du Plessis won the toss and elected to field, a decision that was vindicated early on. An abysmal first 15 overs for Pakistan’s batting line-up seemed to sucker away the momentum that had emerged from their win in the first ODI, as South Africa’s seamers ran riot to have the visitors reeling at 58/4.

Shadab Khan emerged at No. 6 in the order, tasked with a re-building job alongside Shoaib Malik. Early signs hinted at promise, but an attempted sweep on 18 off of Tabraiz Shamsi was ill-timed, travelling into the hands of van der Dussen, who collected comfortably running in from deep midwicket.

The wily left-arm wrist-spin of Shamsi proved to be a troubling second act after the damage of the pacers. Hussain Talat’s ODI debut was uneventful, stumped by Heinrich Klaasen for two as he fell victim to some wonderful flight and guile, while Faheem Ashraf (0) was out lbw after he failed to read a well-delivered googly.

At 112/8, all hope appeared lost. What followed was some outrageous hitting from the live-wire Hassan Ali, five fours coming alongside three outrageous sixes. A second ODI fifty arrived from just 38 balls, a most crucial knock in trying circumstances.

At the other end Sarfaraz (41) accumulated in a quiet but effective manner, as Pakistan passed the 200 mark. His stay eventually came to an end as Phehlukwayo spoiled Pakistan’s resurgence with a straight delivery that went through the gate.

The South Africa pacer finished proceeding after Ali (59) holed out to Faf du Plessis at long on, with Pakistan failing to bat out the allotted 50 overs.