KARACHI (92 News) – Southern Punjab and Northern booked their spots in the final of the National T20 2nd XI tournament after defeating Central Punjab and Sindh respectively in the semi-finals played at the National Stadium, Karachi on Wednesday.

The final match will be played at the same venue on Thursday.

In the first semi-final, Central Punjab won the toss and opted to bat first. Southern Punjab’s opener Zeeshan Ashraf continued his prolific run in the tournament, the left-hander who had hit a century in his team’s first match scored 90 off 56 balls, studded with seven fours and four sixes.

Central Punjab fought hard in reply, opener Usman Sallahuddin scored 61 off 51 balls with the help of four fours and one six. Captain Ali Waqas scored 33 while Raza Ali Dar tried his best to keep Central in the hunt with a quickfire 12-ball 29 (three fours, two sixes). 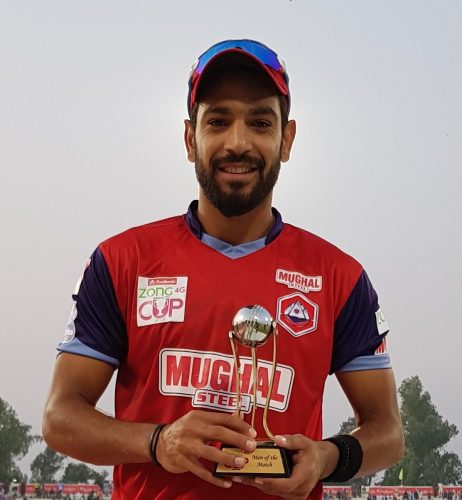 In the second semi-final, batting first, Sindh amassed 188 for seven. Opener Ammad Alam led the way with a 46-ball 81. The right-hander hit nine fours and three sixes in his innings. Rameez Aziz upped the ante towards the end of the innings with a 29-ball 49 that included three fours and two sixes.

Northern fought back brilliantly with the bat to snatch a most unlikely win. Reduced t0 144 for seven in the 17th over, Northern were down and out when Shehzad (32 not out, 10 balls, two fours and three sixes) joined hands with Jamal Anwar (27 not out, 14balls, three sixes) as the home side were left stunned. The two batsmen unleashed some big hits to chase down the 189-run target with three balls to spare.

Other than the heroics by Shehzad and Jamal, Northern were well served by opener Zeeshan Malik who made 58 off 43 balls with the help of six fours and one six. Left-arm spinner Hassan Khan took three wickets for Sindh.

For his all-round match winning effort Shehzad was named Man-of-the-Match.