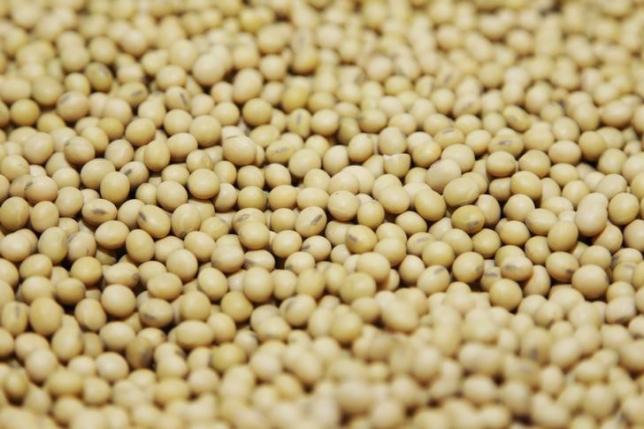 TEHRAN – Consuming soy protein during pregnancy may help women with gestational diabetes control their blood sugar and cholesterol levels, according to a small study. Other research has found that soy can be beneficial in type 2 diabetes, so similar results with the kind of diabetes that first occurs during pregnancy are not surprising, said senior author Zatollah Asemi of Kashan University of Medical Sciences in Iran. Gestational diabetes often happens during the middle of pregnancy, and can usually be managed with a healthy diet and regular exercise, according to the U.S. Centers for Disease Control and Prevention. Having high blood sugar during pregnancy may lead to high blood pressure, a larger baby and an increased risk of needing a C-section. The researchers included 68 pregnant women with gestational diabetes in their study. All were in or around their 26th week of pregnancy at the start of the study period, and were followed until they delivered. The study team separated the women into two groups at random, with half assigned to a diet where 35 percent of the protein came from soy and the rest from animal and plant sources. The other half of women were assigned to a diet with 70 percent of the protein from animal sources, such as meat and cheese and 30 percent from plant sources, such as legumes. The women followed the diets for six weeks. Those in the soy group received commercially available textured soy protein and directions on how to prepare it. At the end of the six-week period, fasting blood sugar levels and insulin levels had decreased for women in the soy group whereas both markers had increased for women in the comparison group. Blood triglycerides rose in both groups, but significantly more in the comparison group than in the soy group, according to the results in the Journal of Clinical Endocrinology and Metabolism. “It is a little hard to be certain how much of the maternal benefit is based on soy intake per se, versus the fact that women in the control group were consuming a diet higher in calories and carbohydrates than women in the intervention group,” said Andrew Garrison of the University of Utah in Salt Lake City, who was not part of the new study. Soy intake may impact inflammatory factors in the body, Garrison told Reuters Health by email. Good sources of soy are soy milk, tofu, edamame (Japanese soy beans), roasted soy nuts and some textured vegetable proteins, he said, and one serving of these foods contains about 10 grams of soy protein. “So women would have to consume a reasonably large quantity of these to meet the 50 grams per day studied in this paper,” he said. There are no dangers of consuming soy during pregnancy, Asemi told Reuters Health by email, but women should not change their diet in pregnancy without consulting their doctor. “I don't think this one small study should mandate a change in practice, although it would certainly warrant further study,” Garrison said. Women should still focus on better-studied interventions, like controlling overall weight gain, for improving pregnancy outcomes with gestational diabetes, he said. “This study does provide further support for the concept that decreasing the overall caloric and carbohydrate intake can be helpful in improving metabolic markers,” he said. –Reuters