It was a high-scoring game, the second time this season that Trinbago have been involved in one where both competing teams have topped 200. Unlike the last time, when Jamaica Tallawahs topped their 223/6, Trinbago got on the right side of the result on Thursday, 16 August at Gros Islet.

There were five big innings in the game: For St Lucia, David Warner (72*), Rahkeem Cornwall (53) and captain Kieron Pollard (65*) struck half-centuries, while for the Knight Riders, McCullum (68) and Bravo (94*) did enough to seal victory. St Lucia scored 212/2. Trinbago got to 218/5 with one ball left in the chase.

St Lucia began with Andre Fletcher and Warner, and Shannon Gabriel struck inside the Powerplay to send back Fletcher for 17.

Warner went well, but wasn’t at his belligerent best on the day, his 72 coming off 55 balls with four fours and three sixes, but he stitched together key partnerships with Cornwall and Pollard. Cornwall hit two fours and five sixes as he scored his runs at a strike rate of 182.75, his stand with Warner worth 79 runs.

Once Cornwall fell to Javon Searles, Pollard walked in and smashed 65* in just 23 balls with one four and seven sixes. He dominated the partnership with Warner, worth 84 runs in 5.2 overs.

Pollard would have been happy with his, and his team’s efforts, and it looked even better for them when Cornwall returned to send back the familiar opening duo of Sunil Narine and Chris Lynn with just 20 on the board. 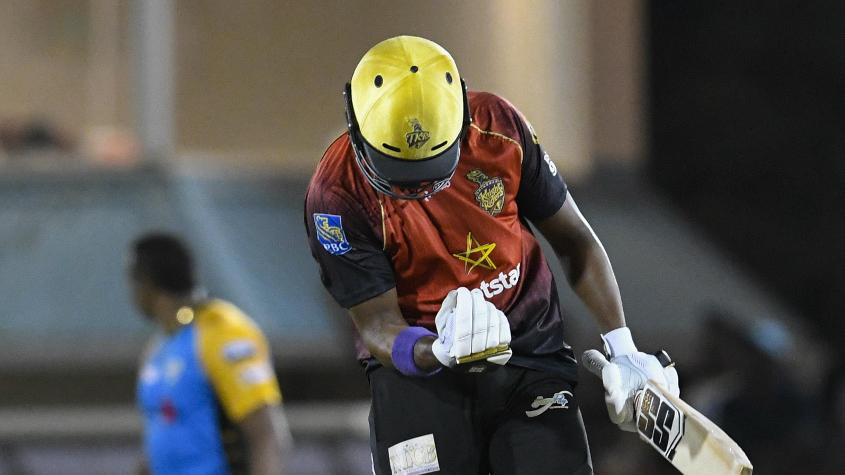 Colin Munro couldn’t quite get going, but McCullum hit his stride straightaway. The major thrust, though, came after Munro fell to Pollard for a 21-ball 25, as Bravo joined McCullum and the two associated for 137 runs.

If McCullum was in good touch, Bravo was supreme. He lorded it over the St Lucia bowlers, smashing them for six fours and 10 sixes in a memorable knock.

Mitchell McClenaghan, who picked up the wickets of McCullum and Searles, was one of two bowlers to hold their own – he conceded runs at 7.00 per over, while Kavem Hodge, the left-arm spinner, went at 7.75. But it wasn’t enough to stop Bravo, who got his highest T20 score off just 36 balls, scoring at 261.11.

For the record, the 34 sixes in the match (16 for St Lucia and 18 for Trinbago) broke the mark for most sixes in a CPL game and matched the mark for most in a Twenty20 game – between Central Districts and Otago in New Zealand in December 2016. The game was, in fact, sealed with a biggie by Denesh Ramdin off Obed McCoy.

“It was a pretty good batting wicket, we obviously didn’t get off to a good start but McCullum and I got into a good partnership and that paid off,” said Bravo, the Player of the Match. “He knew his strengths and I knew my strengths, and we used the breeze flowing across the ground. He said he’ll take one end and I’ll keep doing it from mine.”

It is a difficult pill to swallow, but I take the responsibility for my over, that changed the game

They certainly did, giving Trinbago their second win in four games, and the second spot on the table behind Jamaica.

“It was a big total, especially with the way they started off with the bowling. They took the momentum away from us with the spinners at the start, but Darren and McCullum got us back,” pointed out Dwayne Bravo, the Trinbago captain. “At the halfway stage, McCullum said they were short on runs and that gave us a lot of confidence to have players believe that we could chase this down. 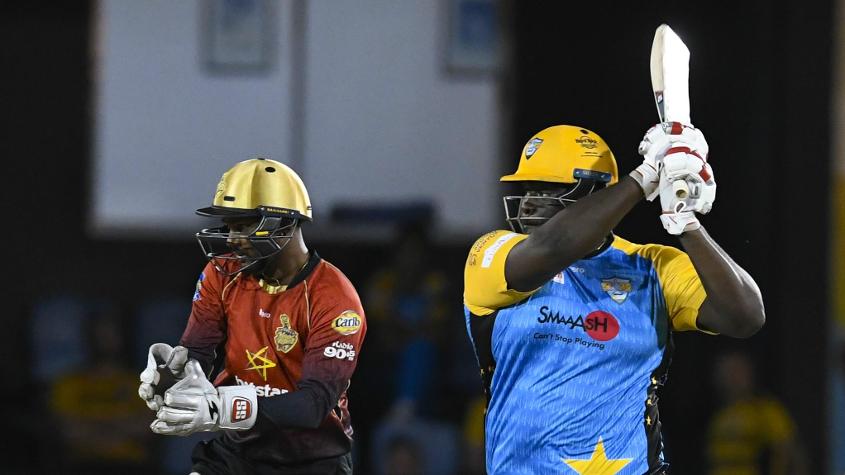 “It feels nice to win games of cricket and the game is never done till the last ball is bowled. We felt that they (St Lucia) celebrated like they had won the game at the halfway stage and it would be good to face them again in this tournament. They have our good wishes now.”

St Lucia, meanwhile, are bottom of the table after losing their fourth in a row. It might not have been the case had Pollard’s last over – the 16th of the Trinbago innings – not gone for 32 runs, with Bravo slamming five sixes.

“It is a difficult pill to swallow, but I take the responsibility for my over, that changed the game. The sixes that Darren hit were far into the stands and he just didn’t give us a chance,” said Pollard. “When someone plays like this, all you can do is sit back and admire. We have another six games to go and it would be nice to come here tomorrow and look to be positive.”