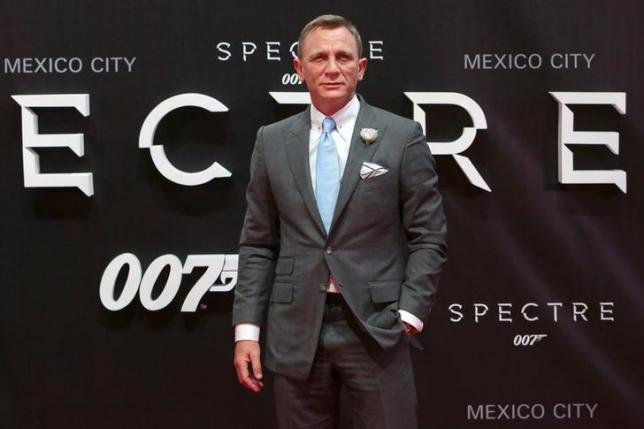 LONDON - Nail-biting action scenes and blasts are a regular feature in James Bond movies but the franchise's latest offering, "Spectre", has scored a world record for the largest stunt explosion in a film, Guinness World Records said. Actor Daniel Craig, who reprises the 007 role for the fourth time, actress Lea Seydoux and producer Barbara Broccoli were presented with an official certificate confirming the feat while promoting "Spectre" in Beijing. Guinness Word Records said on its website that the official title holder was "Spectre" Special Effects and Miniature Effects Supervisor Chris Corbould who created the explosive scene. It said the blast, which lasted over 7.5 seconds and took place in Morocco, had a total yield of 68.47 tonnes of TNT equivalent. It resulted from detonating 8,418 liters of kerosene with 33 kilograms of powder explosives, it added. "Spectre", the 24th James Bond film, broke records at the British box office upon opening late last month. It topped the North American box office at the weekend with $70.4 million but fell below initial takings for the last 007 film "Skyfall" which took $88.4 million when it opened in 2012. -Reuters