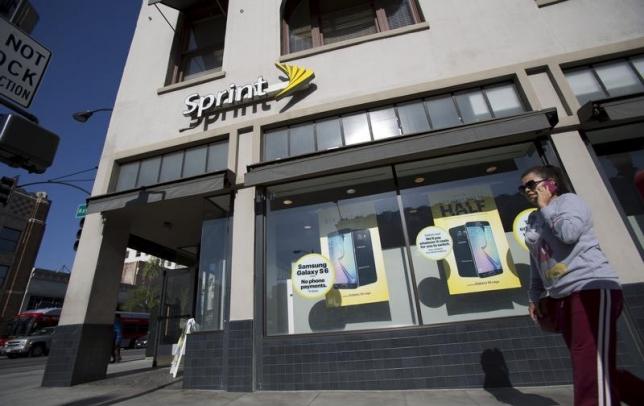 CALIFORNIA - Sprint Corp, the fourth largest US wireless carrier, reported lower-than-expected quarterly results on Tuesday as promotional price cuts drove customer gains but weighed on growth. The company, in the middle of a turnaround plan, also said it now expects fiscal 2015 adjusted EBITDA at the lower end of its previous forecast of between $7.2 billion and $7.6 billion. Sprint shares slid 7 percent to $4.51 in afternoon trading on the New York Stock Exchange. Under Chief Executive Marcelo Claure, the company rolled out half-priced offers, a hand-delivery service of new phones, new retail stores and the industry’s most-affordable iPhone 6 leasing plan at $1 per month to lure customers. Sprint said it added 1.1 million total net customers in its second quarter. It reported an addition of 237,000 postpaid or monthly users in the period, the first such increase on a quarterly basis over two years. That growth was driven by converting pre-paid customers to postpaid users. "Slashing prices has helped them stop the bleeding of subscribers ... but it has accelerated the bleeding of cash,", MoffettNathanson analyst Craig Moffett said in a research note. New Chief Financial Officer Tarek Robbiati is aiming to cut costs to the tune of over $2 billion by the end of 2016. Sprint is "determined to attack its cost base" and will look at areas such as labor costs, network operating expenses, information technology and administrative expenses to reduce costs, Robbiati said on an earnings call without providing details. "We'll go after everything including snacks and yogurt cups" for employees, Robbiati said in an interview. He added that Sprint is still working on how many jobs it will cut as part of its turnaround. Adding customers while aggressively trimming costs is "going to be a tough balancing act," Jefferies analyst Mike McCormack said. Sprint has been working with majority owner SoftBank to set up a company that will fund its upfront device payments to support phone leasing plans. Details on the leasing company will be finalized in the coming weeks, executives said on the earnings call. Sprint's net operating revenue fell 6 percent to $7.98 billion in the second quarter ended Sept. 30. Analysts on average had expected revenue of $8.14 billion, according to Thomson Reuters I/B/E/S. The company's net loss narrowed to $585 million, or 15 cents per share, in the quarter from $765 million, or 19 cents per share, a year earlier, below analysts' estimate of a loss of 8 cents per share. -Reuters