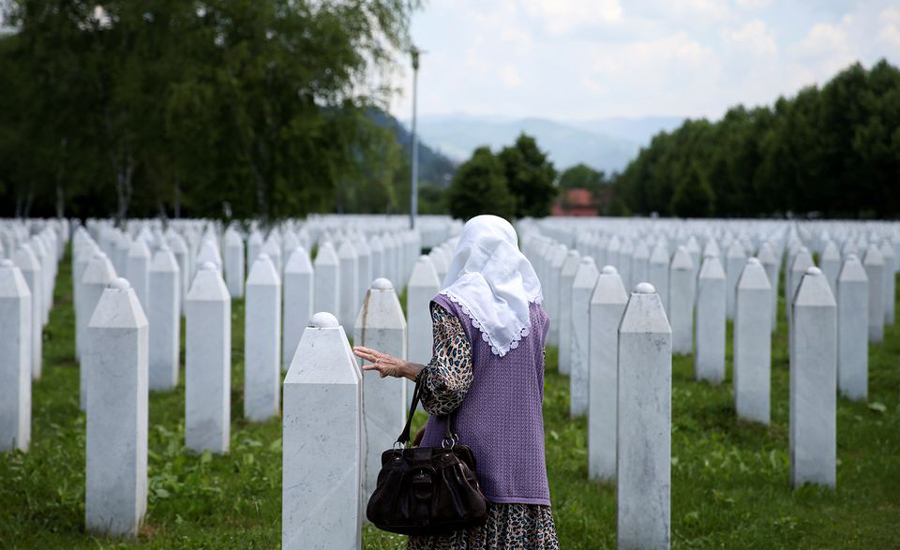 "We have been anxious about what will happen for the past month but we are pleased. Thank God it's over," said Mida Osmanovic, after watching with other women a public broadcast of the court's verdict at the Srebrenica Memorial Centre.

"It gives us some satisfaction but even more distress," Osmanovic added, recalling how it made her relive her experiences 26 years earlier.

She and other women who lost their male relatives in the massacre considered Europe's worst atrocity since World War Two walked among the 6,600 white tombstones at Srebrenica cemetery marking the graves of their murdered relatives. "The majority of my family is here," Osmanovic said pointing to the tombstones.

Mladic, 78, who led Bosnian Serb forces during Bosnia's 1992-95 war, had appealed against his 2017 conviction on charges of genocide, crimes against humanity and war crimes and his life sentence but the appeals chamber dismissed his appeal and affirmed the sentence of life imprisonment.

The verdict caps 25 years of trials at the ad hoc International Criminal Tribunal for the Former Yugoslavia (ICTY), which convicted 90 people for the crimes committed in the Bosnian war in which about 100,000 died and 2 million were displaced.

But Bosnia's Serbs, Bosniaks and Croats still see the war through opposing lenses.

Bosnian Serb leader Milorad Dodik, who is currently chairing Bosnia's tripartite inter-ethnic presidency, criticised the judgement as unfair, saying the ICTY was biased against Serbs and its rulings undermined the trust in international justice.

"It's clear to us there is an attempt here to create a myth about genocide in Srebrenica which has never occurred," Dodik said.

Most Serbs deny that genocide happened and say that Mladic was a Serb defender and a hero.

"I think the Hague tribunal has been probably designed from the beginning as a court that would a priori judge one side, that is us ... and I simply do not expect any justice, nothing," said Bojan Stojnic, an economist, in Banja Luka, the largest Bosnian Serb city.

But Muslim Bosniaks, who suffered the greatest losses in the 1992-95 war, welcomed the ruling.

"It is important that his crimes from the last war have been named before the whole world," said Sefik Dzaferovic, the Bosniak member of the country's presidency. "The verdicts by international courts will have to be respected and implemented."