Rahat Ali and Muhammad Hafeez took three and two wickets respectively. Muhammad Irfan and Anwar Ali got one wicket each. 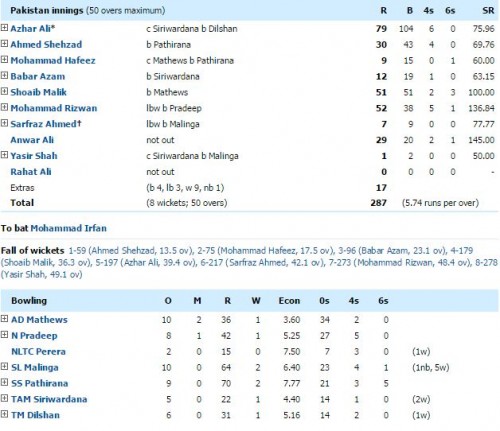 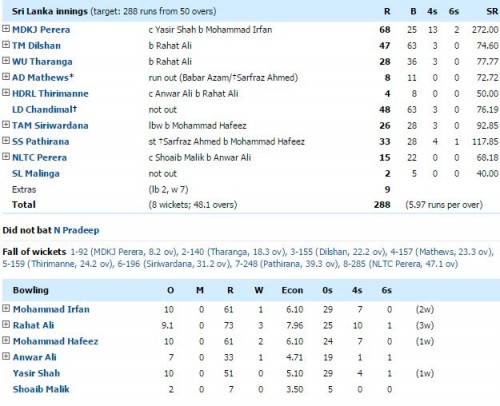