COLOMBO (92 News) – Despite a 59-run stand between Danushka Gunathilaka and Kusal Mendis, visitors end the second day at 99/5, trailing the Windies by 105.

It was Sri Lanka’s turn to succumb to pace on the second day of the final Test against the Windies.

By stumps in Bridgetown, the visitors were 99/5, trailing the Windies by 105 runs in the day-night Test.

On another rain-hit day, the pacemen and the pink ball troubled the batsmen considerably. Not that one could sense that from the batting of Shane Dowrich and, in particular, Jason Holder, the Windies captain.

Their 70-run stand on the first day had helped the Windies arrest a flow of wickets that had left them reeling at 53/5. On the second morning, they carried on, adding a further 45 to their sixth-wicket association.

Holder cracked a couple of fours off Kasun Rajitha early in the day, and that set up the home side nicely. When Dowrich crossed 68, he registered the highest score by a wicket-keeper in a day-night Test, and shortly after that, Holder reached his seventh Test half-century.

Sri Lanka then had a much-needed breakthrough when Lahiru Kumara trapped Dowrich in front. The Windies batsman reviewed, but to no avail, and Sri Lanka had something they could build on.

Even as Holder found the fence, Sri Lanka pursued another wicket, and had Devendra Bishoo dismissed for nought. Holder himself walked back after a fine catch by Dilruwan Perera off Rajitha, his 123-ball knock yielding 74 runs. 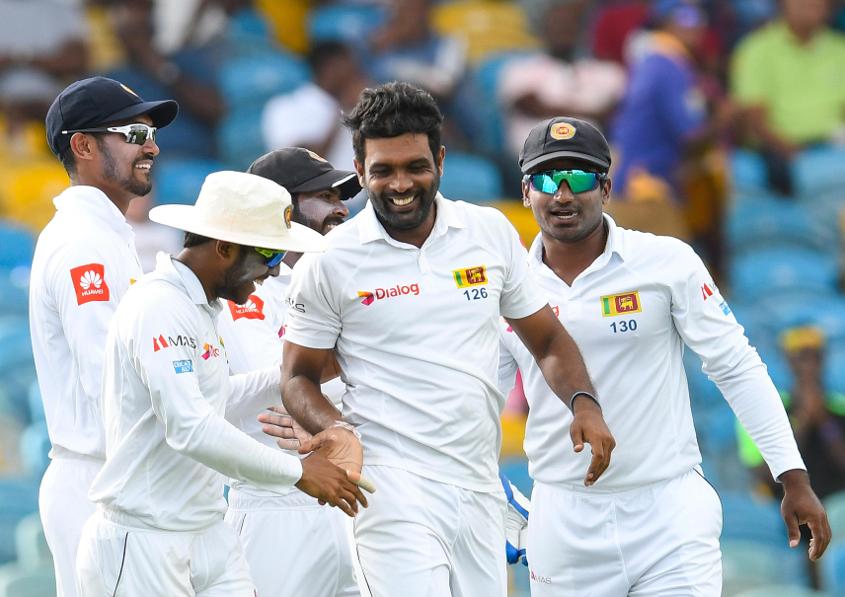 Sri Lanka restricted the Windies to 204

Both Miguel Cummins and Shannon Gabriel were dismissed for two apiece, as the Windies were restricted to 204.

Given Sri Lanka’s struggles against the pink ball, that seemingly small total looked sufficient in hindsight.

Kemar Roach had Kusal Perera caught behind for nought in just the third over of the innings, and he followed it up with the scalp of Mahela Udawatte for four in the seventh over. 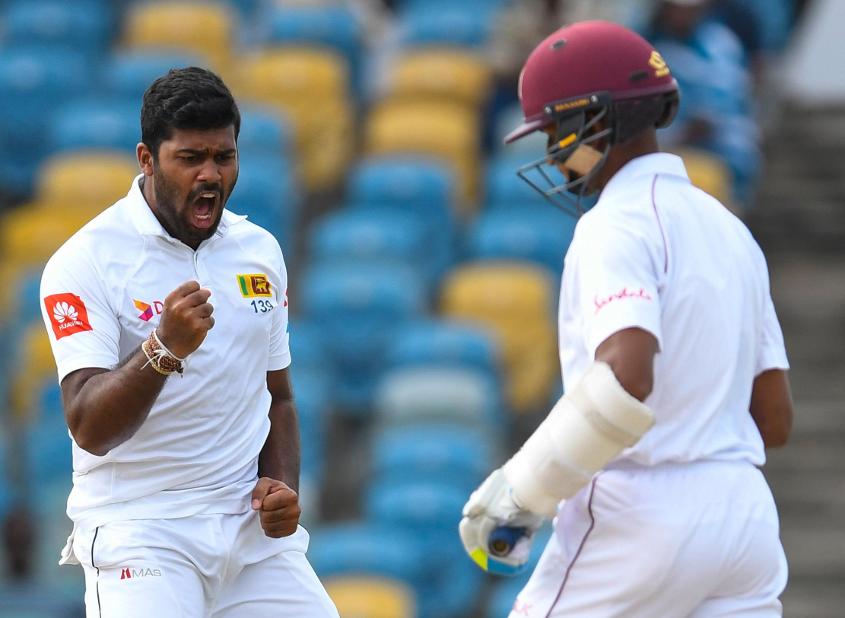 Danushka Gunathilaka and Kusal Mendis then steadied things with a 59-run stand for the third wicket. They pounced on their chances, and there were fours from each batsman against Gabriel in the 10th over of the innings. Gunathilaka launched a six off Holder, Mendis smacked the fence with fours off Cummins and Roach, and Sri Lanka were away.

However, Gabriel got the crucial breakthrough when he had Mendis chopping on to his stumps. The 59-ball knock for 22 runs was important, but things got worse for the visitors when Holder had Gunathilaka trapped in front for a 73-ball 29.

Gabriel then got Dhananjaya de Silva lbw for a 10-ball eight, and Sri Lanka were reduced to 85/5. They had to rebuild once again, but a drizzle that had threatened to disrupt play all evening intensified, and the players were forced back in, for the last time on the day.