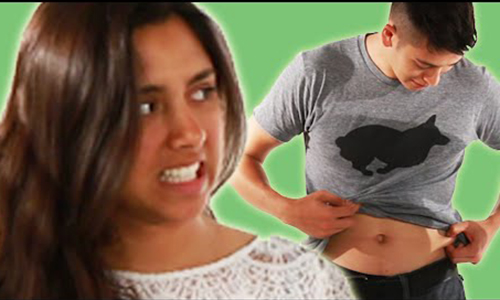 NEW YORK – Giving stomach bypass surgery to severely obese teens cuts their weight by an average of 27 percent while often eliminating high blood pressure, cholesterol problems, abnormal kidney function and diabetes, according to doctors behind a large study that followed the adolescents for three years. The dramatic improvements are tempered by the fact that 13 percent required additional surgery - usually to have their gall bladder removed - and more than half had low iron levels, a problem solved with vitamin supplements. "When you are the parent of a morbidly obese teen and you are contemplating surgery, it's reassuring to see a large study like this that gives you a little more peace of mind that this intervention is safe and effective," chief author Dr. Thomas Inge, surgical director of the Surgical Weight Loss Program for Teens at Cincinnati Children’s Hospital Medical Center, told Reuters Health in a telephone interview. The outcomes in these adolescents were, in many ways, better than what doctors see after they perform so-called bariatric surgery on older obese patients. In studies of adults, "high blood pressure was reversed in 38 percent, whereas we're finding high blood pressure was reversed in 74 percent of our teenagers," Dr. Inge said. Perhaps 60 percent of adults see a remission in their diabetes "and we're seeing over 90 percent. The good news is, we may be describing the benefit of early intervention." The results, presented Friday at The Obesity Society annual meeting in Los Angeles and published online by The New England Journal of Medicine, are based on the largest long-term study of stomach bypass surgery done on a group of teens. At five U.S. centers, 242 adolescents ages 13 to 19 were enrolled. Most were white females. They had an average body-mass index (BMI) of 53, which would, for example, be a 5'3" teenager who tips the scale at 300 pounds. "They're at the very top of the severely obese," said Dr. Inge. All were treated with one of two bypass procedures. There was no control group. After three years, their average weight had gone from 325 pounds before surgery to about 240. Thus, most were still obese, with an average BMI of 38. But 95 percent who had diabetes at the start of the study no longer had it, 86 percent saw a remission in their abnormal kidney function, 74 percent no longer had high blood pressure and 66 percent no longer had cholesterol problems. "The reversal of diabetes was remarkable at 95 percent. That's more than what we would expect from adults," Dr. Inge said. BMI is a ratio of weight to height. People with a BMI of 30 and higher are considered obese, and those over 35 are ranked as severely obese. "If you did very well at a BMI of 53, I would think it's safe to say you could expect the same benefit if you're operating on a BMI of 35 or 40," said Dr. Inge. "Perhaps there'd be even more benefit" in that range, he speculated. "We only got 25 percent of these patients to a non-obese BMI" and earlier intervention might improve that rate. The rate of side effects was not unexpected, he said. When it comes to requiring subsequent surgery, particularly surgery to remove the gall bladder, Dr. Inge said being obese is a risk factor for having gallstones, as is rapid weight loss. The rate seen in the study "was no different from what we would expect in an adult as well." The same was true for low iron levels. "Nothing big and scary is popping up to suggest these kids are on a negative trajectory for nutrition," the researcher said. Many teens might consider the risk worth it. "We did see the patients telling us, in their own way, that their quality of life improved," said Dr. Inge. "When you have kids who are not able to fit into desks, who can now fit into their environment, that's very meaningful on a day to day basis. We really saw a dramatic improvement in the physical comfort and self esteem after surgery." “If sustained, the improvements seen in weight, blood sugar, kidney function, blood pressure, and lipid levels may translate into fewer strokes, heart attacks and other disabilities later in life,” he said in a news release. The patients will continue to be followed until 10 years has elapsed as part of the study, known as Teen-LABS. –Reuters