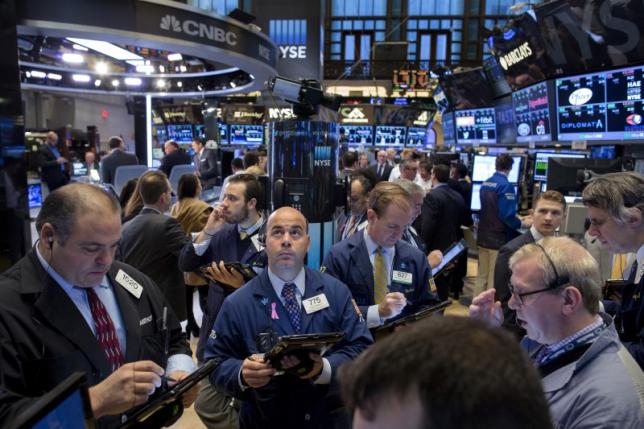 NEW YORK – Against the backdrop of a strengthening labor market, retailers are set to report earnings next week and could help the consumer sector regain the leadership lost to technology in the latest market rally. Pricing power will likely pick the winners, analysts say. Several signs point to solid performance by the group as it heads into its strongest sales season. Consumers have cash to spend as wages rise, October posted the best print on monthly jobs creation this year, and gasoline prices remain low right before the start of the holiday shopping season.
"The consumer should be feeling pretty good heading into the last couple of the months of the year," said Sean Lynch, co-head of global equity strategy at Wells Fargo Investment Institute in Omaha. "We think we could be set up for a little bit of a (stock market) rally here into year-end."
Excluding Amazon (AMZN.O), which has been one of the top-performing stocks all year, consumer names have been mostly absent from the market's rally off its late August low. Technology .SPLRCT and energy .SPNY have added the most to the S&P 500 since then, though consumer stocks .SPLRCD continue to be the best-performing sector year-to-date, with a near 13 percent gain. Retail .SPXRT has been particularly strong, up 27 percent this year, and the expectation of an increase in retail sales could push the S&P 500 toward its record high, set in May. The latest tech-led leg up in stocks "has been criticized for how narrow it’s been," said Steve Chiavarone, portfolio manager at Federated Investors in New York. The rally "now has the ability to spread out and we can see some further strength in consumer discretionary," he said, while also citing financials as an added push higher for stocks. The suggestion of higher prices in consumer stocks is evident in the options market. Bets tied to a rise in the shares of the consumer discretionary sector ETF (XLY.P) now outnumber bearish ones by a 2.5-to-1 margin, about the highest this year. BIG NAMES, BIG DATA OUT NEXT WEEK Retail sales for October, due on Friday the 13th, are expected to show a 0.3 percent month-on-month increase after a 0.1 percent gain in September. Earnings reports throughout the coming week include major retailers like Macy's (M.N), Kohl's (KSS.N), Nordstrom (JWN.N) and J.C. Penney (JCP.N), some of the roughly 40 U.S. consumer-oriented companies due to report. October's strong jobs data, reported on Friday, is mostly seen as beneficial for retailers, as workers with bigger paychecks are more willing to open their wallets. "Lower gas prices continue to add to the wallet and the consumer's level of confidence," said Art Hogan, chief market strategist at Wunderlich Securities in New York. "The over-arching trend here is you have to be in the right place," he said. "Teen retailers are having a harder time, they seem to be losing out to the fast casual names like Forever 21 or H&M." Forever 21 is privately traded and Swedish company H&M (HMb.ST) is traded on the Stockholm exchange. But while greater consumer spending power is expected largely to be a boon to retailers, it may take a bite out of some. With the October rise in wages, which have been almost stagnant despite a tightening labor market, average hourly earnings are up 2.5 percent year-on-year - the biggest increase since July 2009. That confirmed data last week that showed U.S. labor costs accelerated in the third quarter as the jobs market continued to tighten. Pressure from higher wages is likely to show up in some retailers' guidance next week as it did last month when Wal-Mart (WMT.N) warned that higher wages would play a large role in cutting earnings per share as much as 12 percent next fiscal year. Retail is one economic sector that got used to very inexpensive labor in the past few years, and rising wage inflation pressure is likely to hurt margins. "Over the next quarter or two we could start to see higher labor costs really eat into profits for some of these retailers," said Jared Woodard, senior equity derivatives strategist at BGC Partners in New York. "The biggest vulnerabilities are in stores that aren't selling high margin goods like discount apparel, T.J. Maxx, Ross Stores and others that really depend on volume and need high head count to get the job done," he said. T.J. Maxx parent TJX Companies (TJX.N) and Ross Stores (ROST.O) rank among the lowest in revenue per employee among retailers according to Thomson Reuters data, with near $150,000 and $160,000 respectively for the last 12 months. Of those reporting next week, J.C. Penney (JCP.N) has less than both at $110,000 and Macy's