QUETTA (92 News) – The students on Monday staged a protest against irregularities in the annual intermediate examination and hurled stones at the office of Balochistan Board of intermediate.

As per details, the Balochistan Board of Intermediate and Secondary Education had announced its result yesterday in which more than 30,000 students had failed.

The protesters blocked the Samangli Road by burning tyres and chanted slogans against board officials. The students tried to enter the building but were barred by police officers.

The police baton-charged the students and used tear gas shelling. The police dispersed the protesters who later reached near CM House.

On the other hand, BISE Balochistan official Shaukat Sarpra said that more students failed for not giving permission to cheat in the examination. 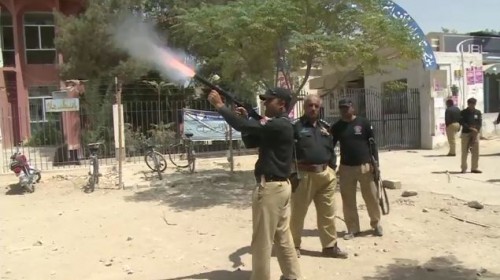