LAHORE (92 News) – A suspected suicide blast at a crowded Gulshan-e-Iqbal Park in Lahore’s Allama Iqbal Town killed at least 60 people including women and children and wounded more than 200 on Sunday.

There are women and children among the victims and rescue workers say there were seriously wounded people among those taken to hospitals.

Witnesses say that Christian families celebrating Easter were also present in the park when the explosion occurred. 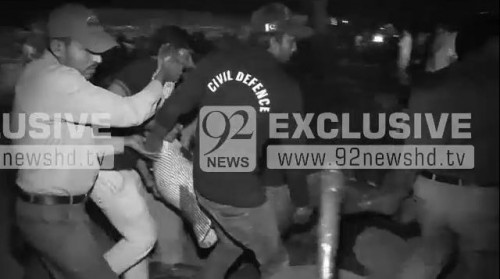 Police and rescue officials have reached the site of the blast.

The government has declared an emergency in all state-run hospitals in the city, and a heavy contingent of police has cordoned off the area.

Pakistan Army contingent has also reached the spot and assumed their responsibilities.